A sweet and balanced coffee from Acacia Hills in Tanzania 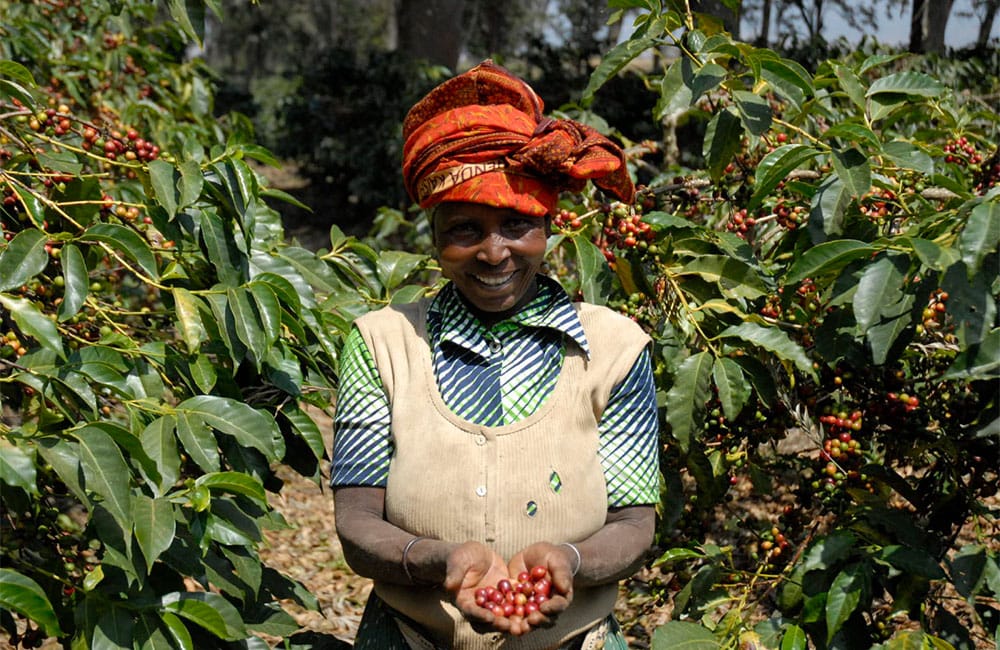 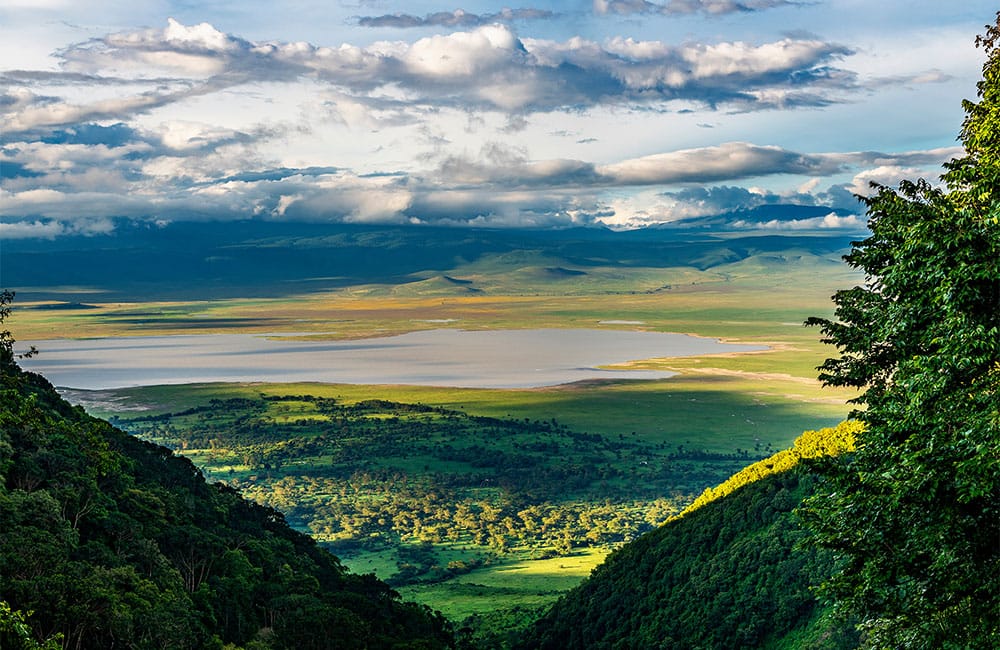 A sweet and balanced coffee from Acacia Hills in Tanzania

The view from Acacia Hills Estate is surreal.

The northern border of the estate lies along the Southwestern side of Mount Oldeani, whose slopes drain water into Lake Eyasi, a key saltwater lake on the borders of Ngorogoro Conservation area and Serengeti National Park.

From the edge of the farm, you can see the edge of Ngorogoro crater, an ancient collapsed volcano whose fertile valley is now home to dozens of different animal species: from African elephants to lions, rhinoceros, leopards and giraffes. 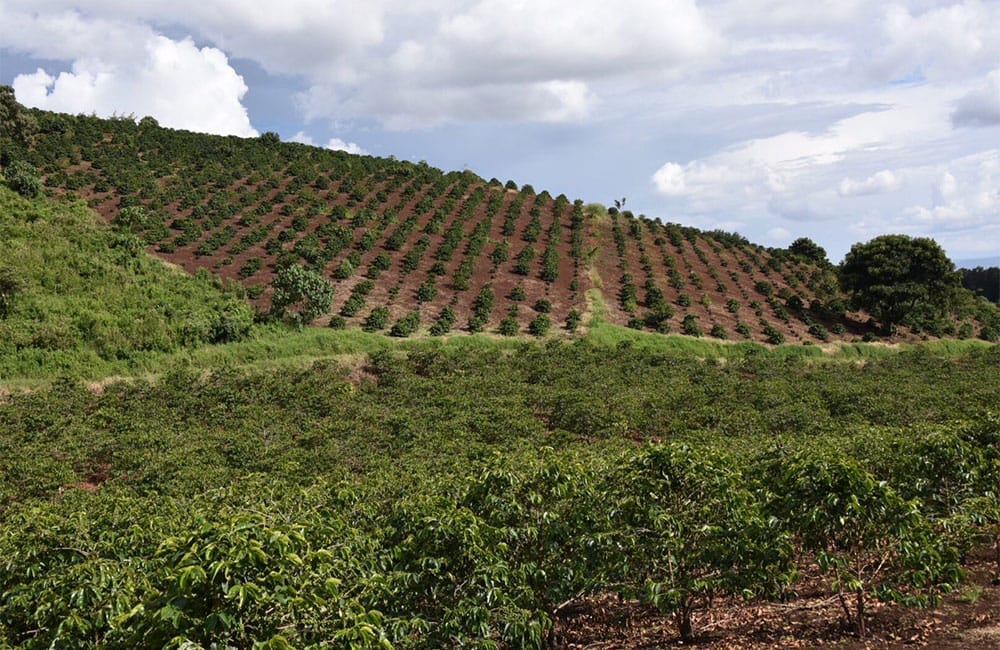 The land upon which the estate sits was previously 4 smaller farms, first cultivated by German settlers in the 1930s and 40s.

In the 1960s, the four farms were united as the Acacia Hills Estate and the estate has been producing coffee ever since: a total of over 50 years. 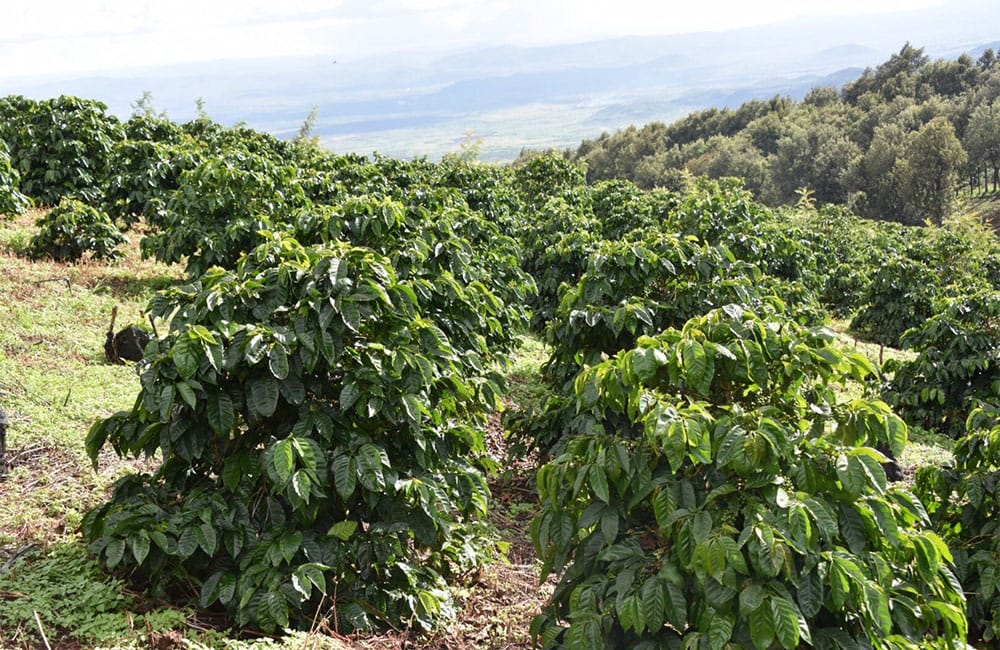 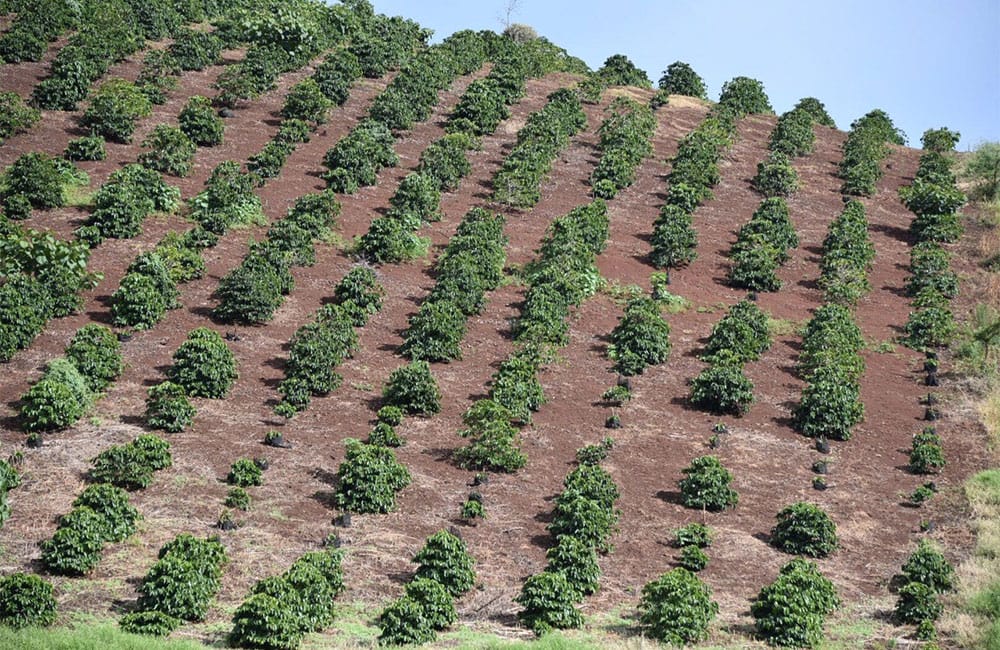 In 2007, Leon and Aideen Christianakis, local Tanzanian coffee farmers, partnered with an American roaster to purchase and upgrade the estate to focus on specialty coffee production.

Today, Leon and Aideen incorporate a wide variety of practices, including soil analysis, managed shade and processing methods, into their production to ensure the highest quality possible.

The estate also features its own cupping lab that enables Leon and Aideen analyze their coffees onsite. 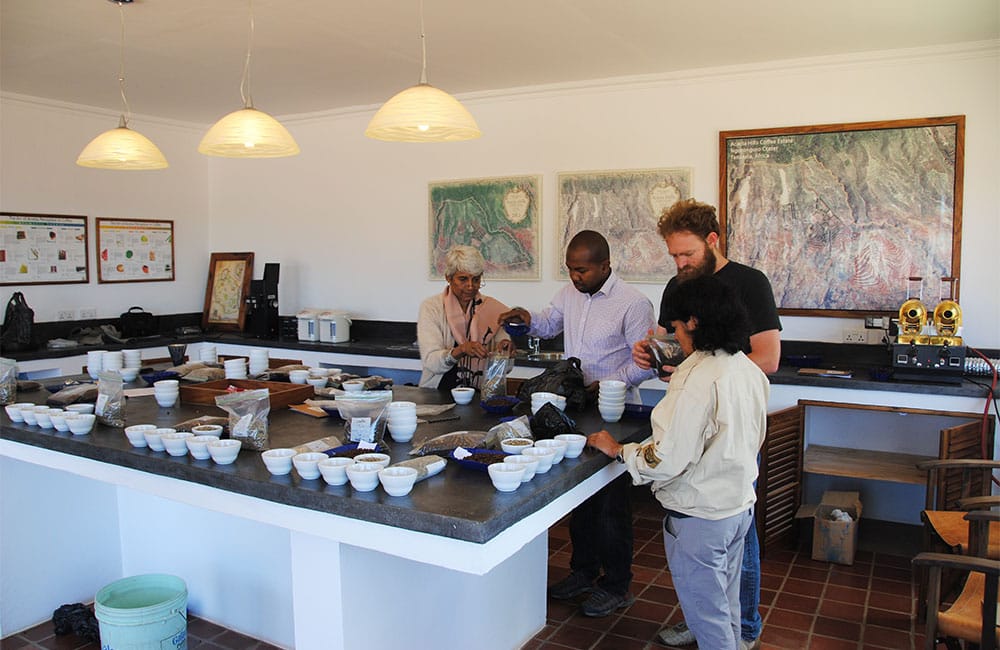 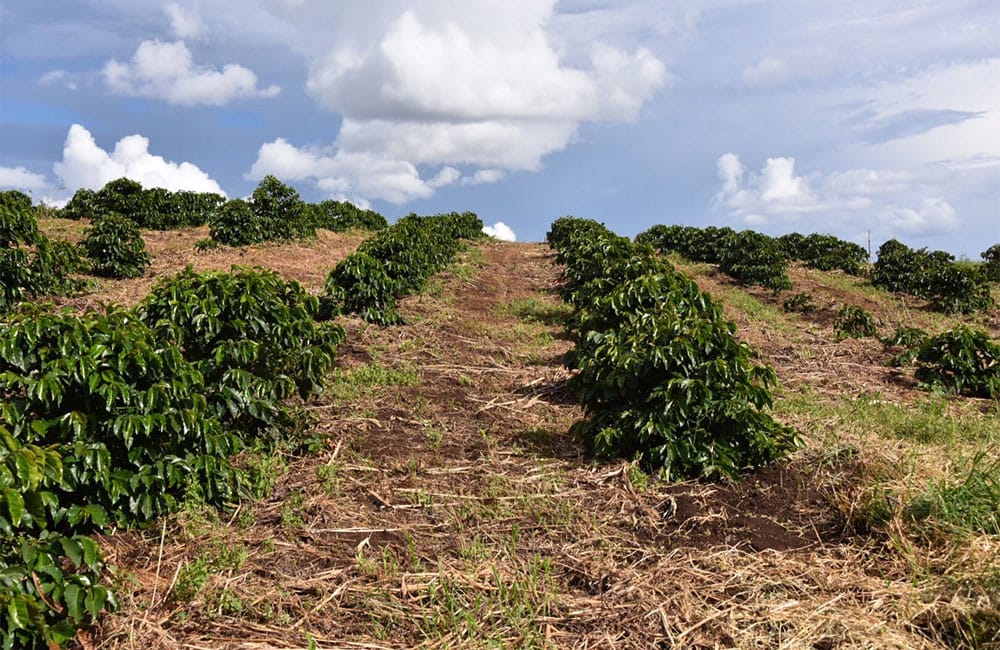 The farm grows mostly Bourbon and Kent varieties and has been experimenting with the potential of Geisha, Pacamara and Castillo in the Tanzanian climate. 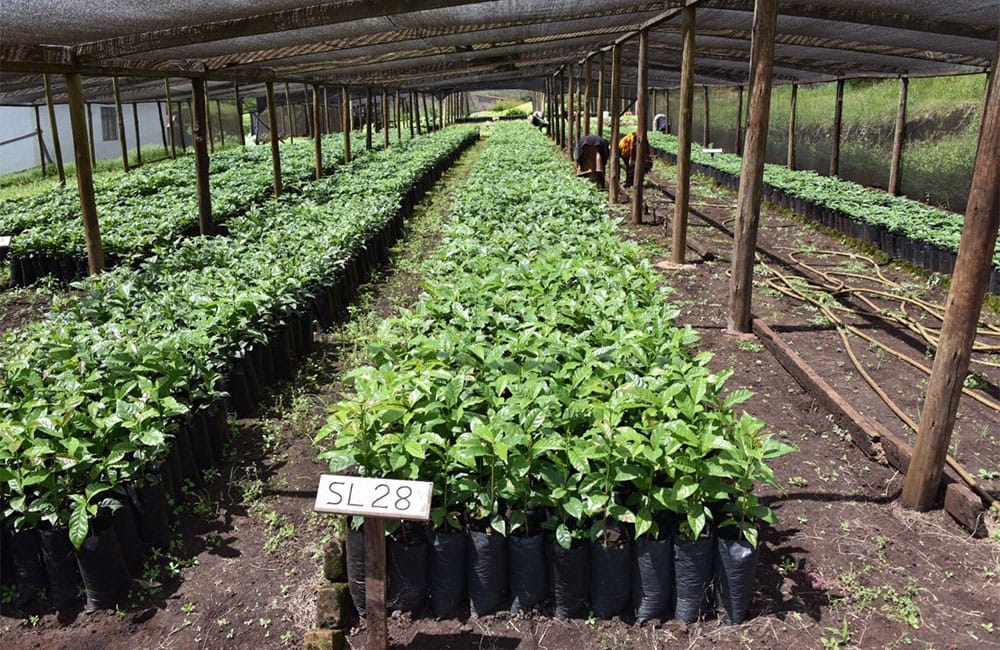 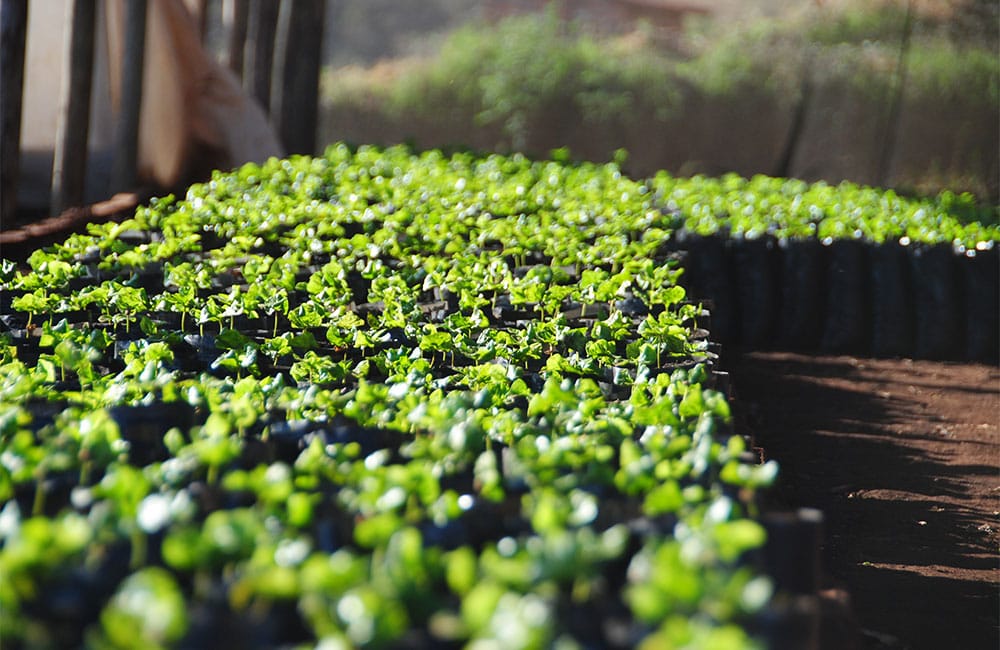 Cherry is selectively handpicked before being delivered to the farm’s onsite wet mill. A new Penagos wet mill sorts cherry as it pulps.

The coffee is then dry fermented for 12-18 hours (depending on ambient temperature) before being washed in clean water and then laid to dry on African raised beds for 10-14 days. 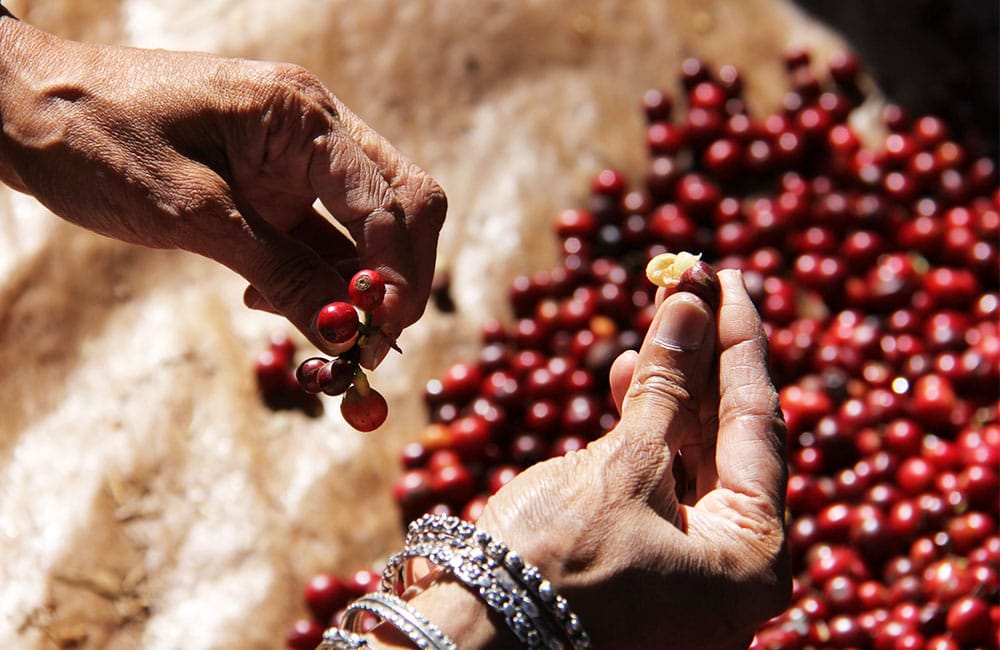 Traditionally, the estate dries parchment directly in the sun. Recently, Leon and Aideen and their team have been experimenting with using shade netting to slow drying times.

Leon and Aideen know that the next steps towards quality improvement lie in the small details and are committed to experimenting and refining their processing methods. 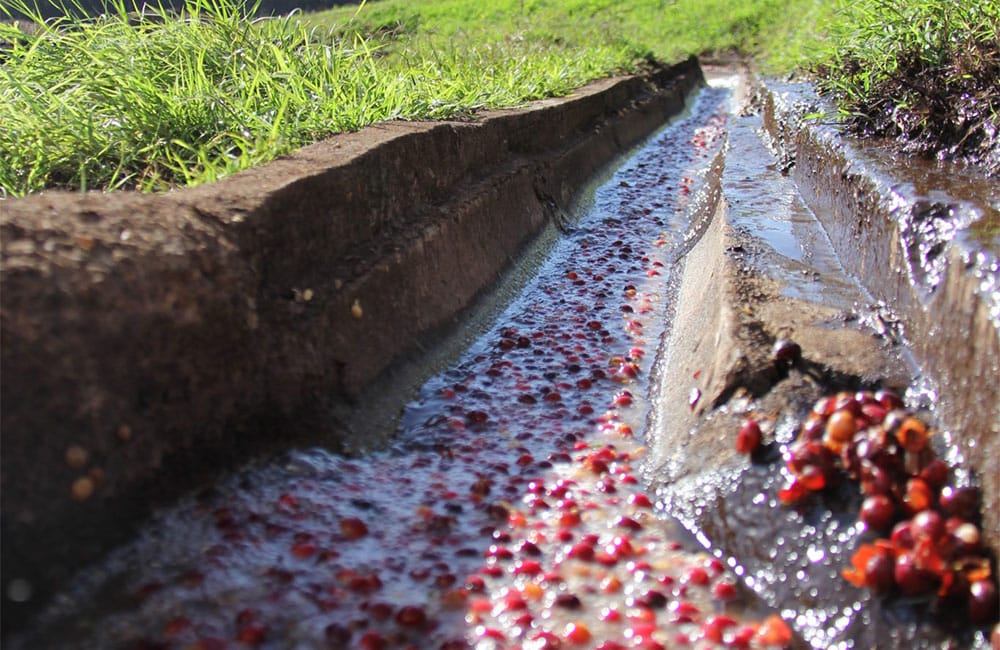 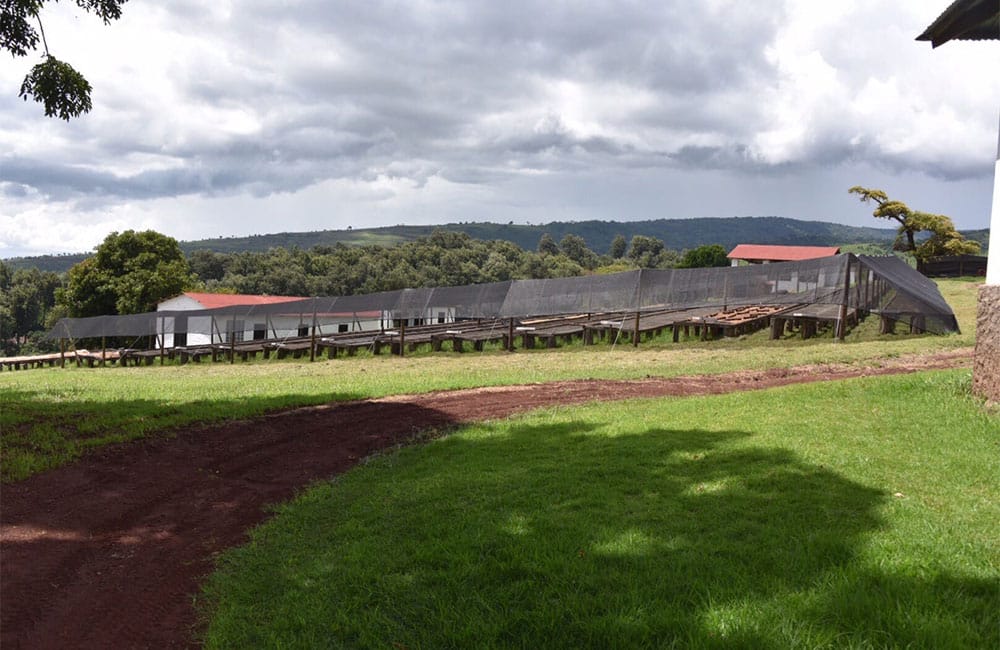 Coffee’s roots in Tanzania can be traced via oral history back to the Haya tribe of Northwest Tanzania in the 16th century.

Following German and then British colonial rule, the Tanzanian coffee industry has undergone many transformations and adjustments in an effort to create the most equal, profitable and high-quality coffee possibles.

Coffee in Tanzania was grown almost exclusively in the North for a long time. 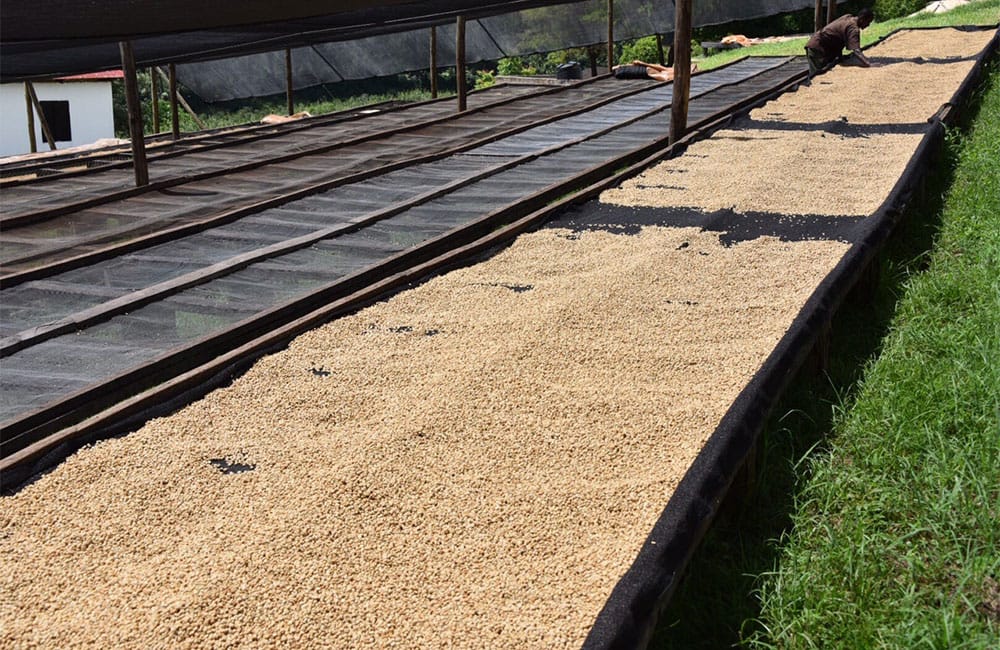 At the time, coffee production was so concentrated in the north that Moshi, a northern municipality, was the only hub for all coffee milling and sales.

Operations in Moshi grew to truly massive proportions in the 1950s and early-1960s. Since Tanzania, Kenya and Burundi were under British rule in the post-war decades, Moshi was the second milling and sales hub (after Nairobi, Kenya) for British coffee production.

Coffee cultivation has extended southwards in recent years. In addition to the historical powerhouse regions in the north, coffee is now also grown in the southern regions of Ruvuma and Mbeya/Mbozi.

Most Southern expansion of coffee growing occurred in the 1970s and 1980s and was encouraged by two projects supported by European backers.

In an ironic twist, today 75 to 85% of total coffee production in Tanzania today comes from farms in the south. 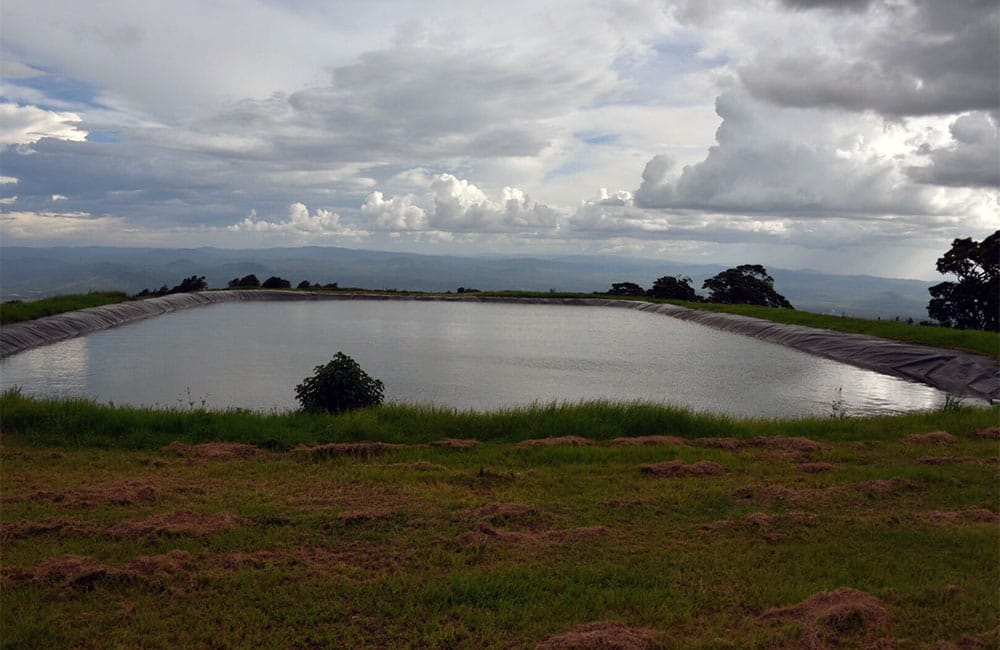