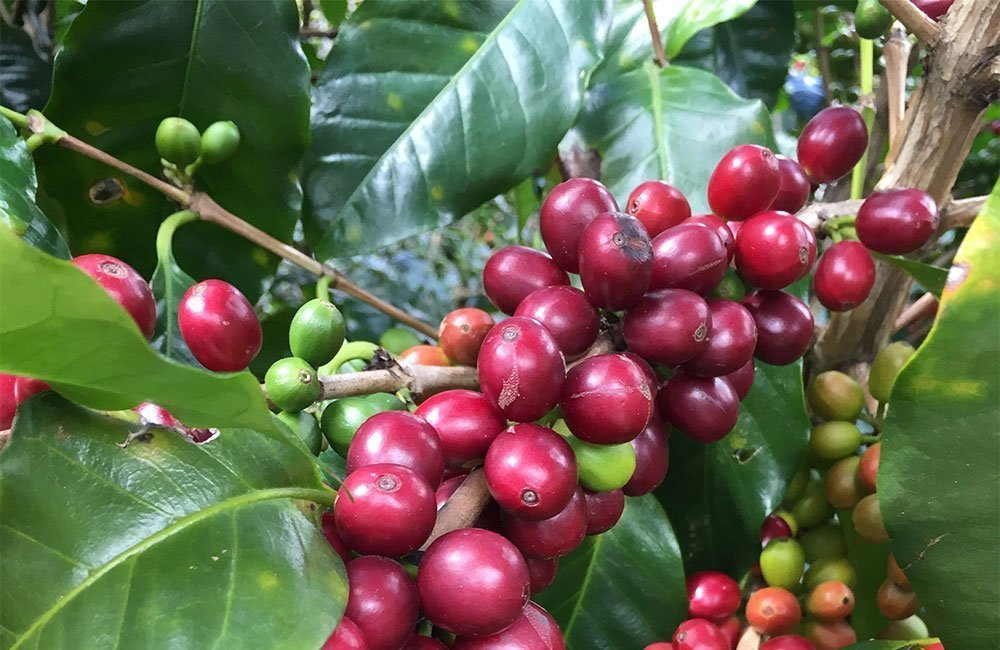 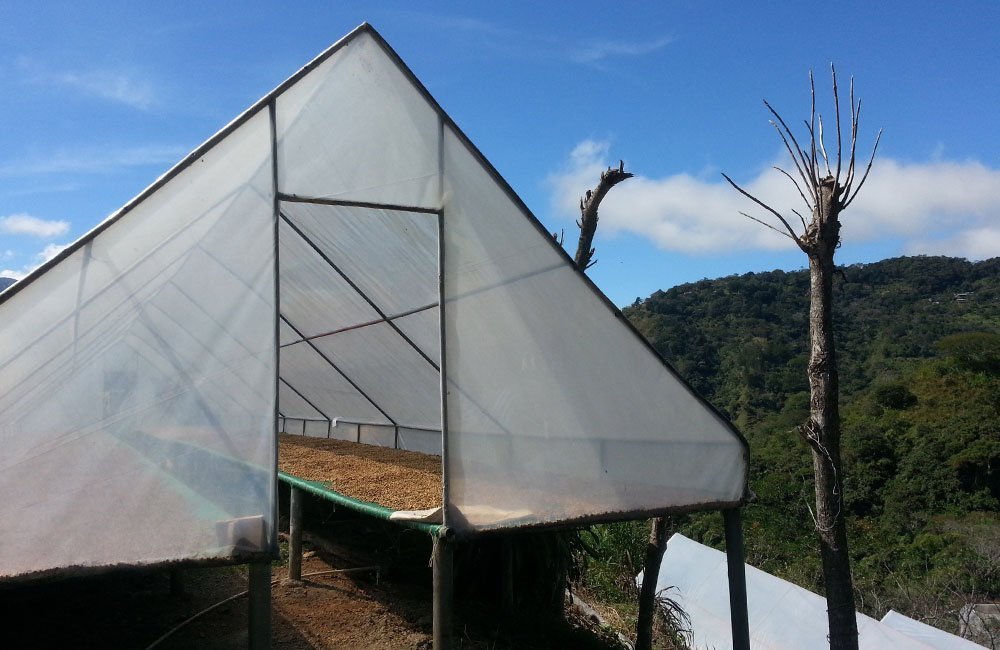 San Francisco is the name of one district in the ‘Cordillera Central’ also called ‘La Zona de los Santos’ but this is also the name of the farm from Edgar Fallas Solis, his wife Ligia and their son Willian.

The family owns 10-12 hectares of coffees intercropped with avocados, citrus and banana trees.

Edgar is the second generation working on this 55-year-old farm originally planted with Caturra with now the addition of Catuai and Catimore.

They get seedlings from the national research center Icafe.

At the moment the fertilization plan is 50/50 organic and chemical but Edgar would like to make it 75/25. Protecting environment is really important for him.

A lot of biodynamic techniques are used in the farm (use of garlic, chili, intercropping, etc.).

He’s really aware of climate change and of the necessity of adapting his farming.

At the peak of the season, 15 people are working with the family to harvest all the cherries.

Edgar and his family are members of the Asoproaaa Coop where the micro lots are processed to ensure the quality and consistency of the lots. 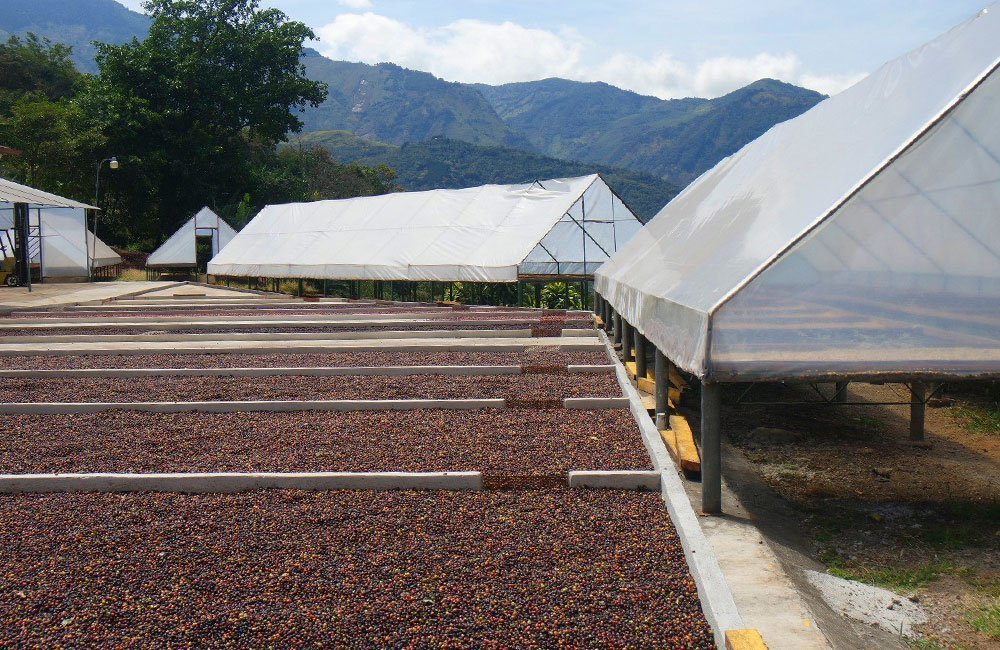 The content of sugar in cherries is monitored by the family using Brix meter to know when to harvest (between 21 and 28 depending on the variety the coffee harvested).

Willian, the son, took brewing classes for 4 years and is now competing and won a national championship.

He knows a lot about the coffee supply chain and quality and will take over the farm when his dad retires.

Asoproaaa is an association that counts 1,000 members but only 300 are coffee producers (the other 700 are part of other programs handled by the association: citrus, cattle).

The average size of the farm for members is 5 ha for a production of 50 quintals (46.5 kg green) per ha.

Varieties grown are mainly Red and Yellow Catuai and Caturra but also some Typica and Geisha.

The association is an important agronomic center for producers in the region and allows access to credit for producers.

The members do not need to bring all their coffee to the coop, Asoproaaa specialized in micro lots and gets the top lots from the region paying higher prices. 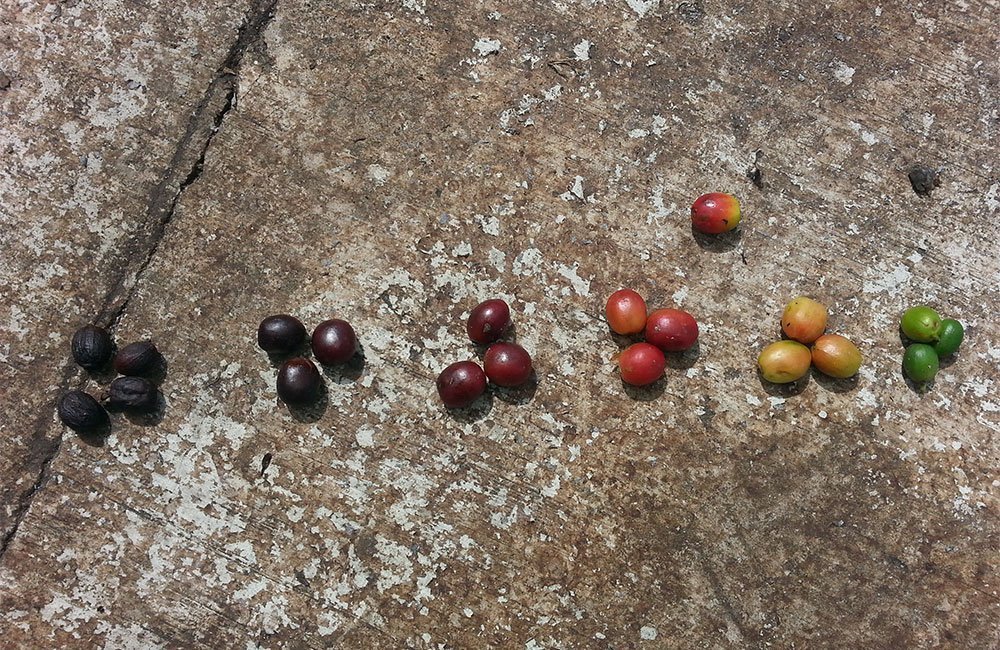 There is a mechanical sorting on dry beans. Brix measurements are taken before processing and help the team to make decision on the process to apply. Patios and African beds are used.

The drying stops when the coffee reaches a stable 10.5% moisture content. The dry milling is done on site and bags leave the warehouse only when ready for export.

Despite the drastic reduction in yield this year, Asoproaaa is benefiting from low competition and has a very good reputation among the farmers.

Therefore, they have maintained their volume this season. The lower grades got after green sorting are roasted and packaged onsite to be sold to the local market.

The association is running a housing program for the last 15 years with over 1,400 little houses that have been built for the most needed people in the community. 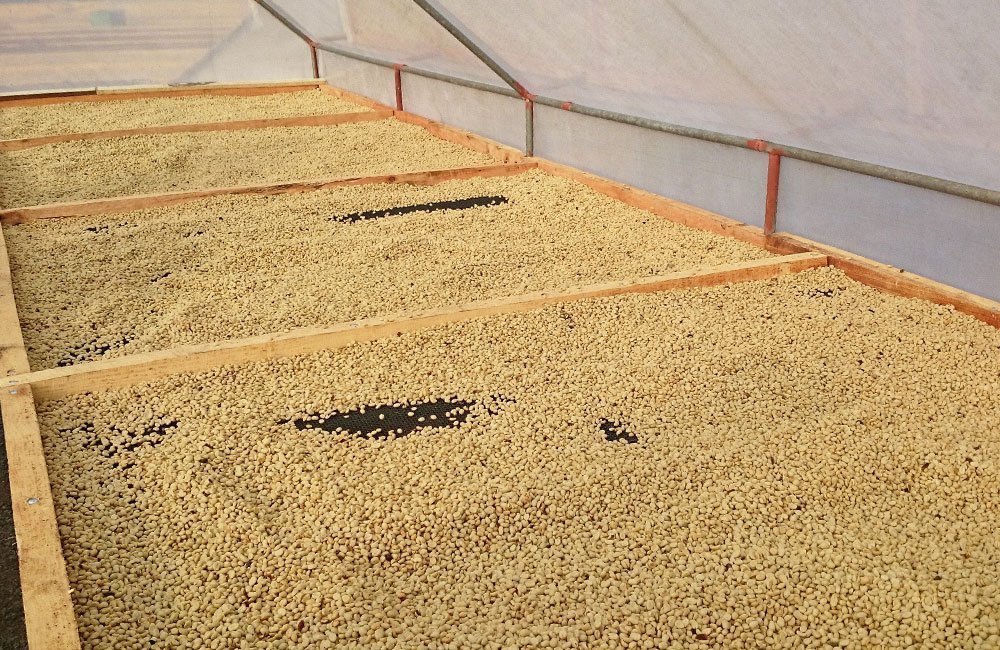