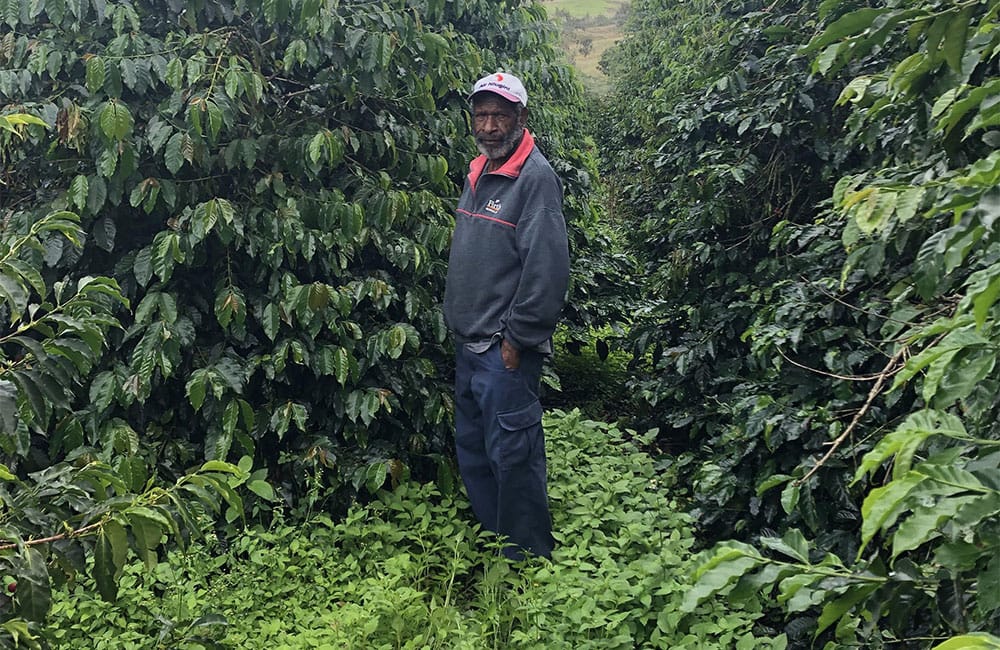 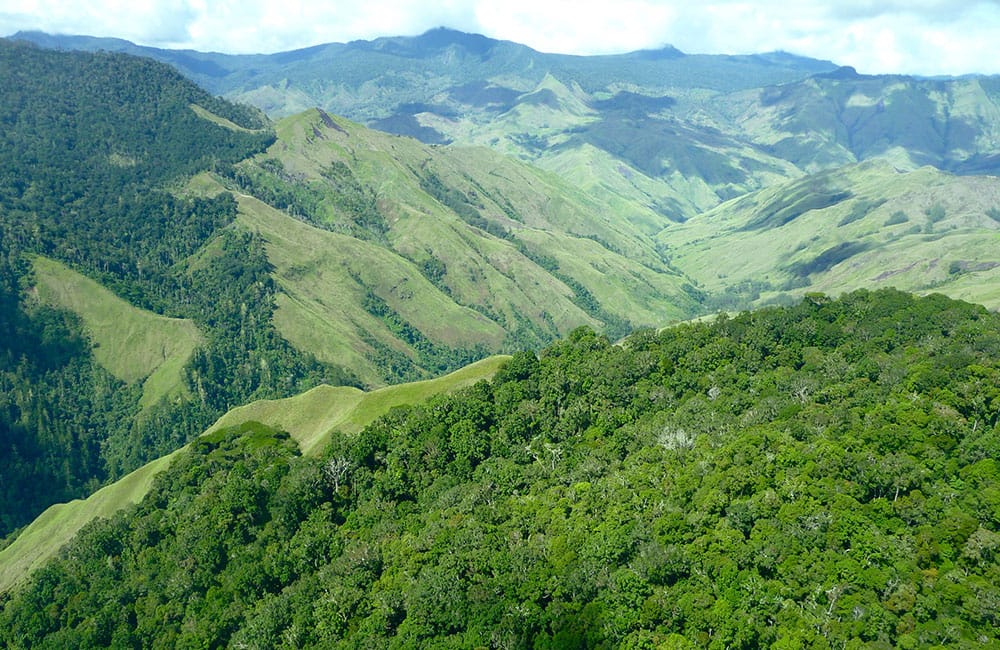 Named for a spirit living in a large, steadfast river rock, Baroida estate consistently produces some of the highest quality coffee from Papua New Guinea.

Thanks to meticulous separation for quality control, the high quality of this estate coffee shines through with a great acidity and mouthfeel.

The estate was founded by Ben Colbran in the 1960’s when the Government encouraged foreign agriculturalists to begin cultivating land throughout the highlands.

Ben first purchased the land from a native man named Taro and was amongst the first farmers to cultivate coffee in these valleys. Today, Ben’s son Nicol runs the plantation. 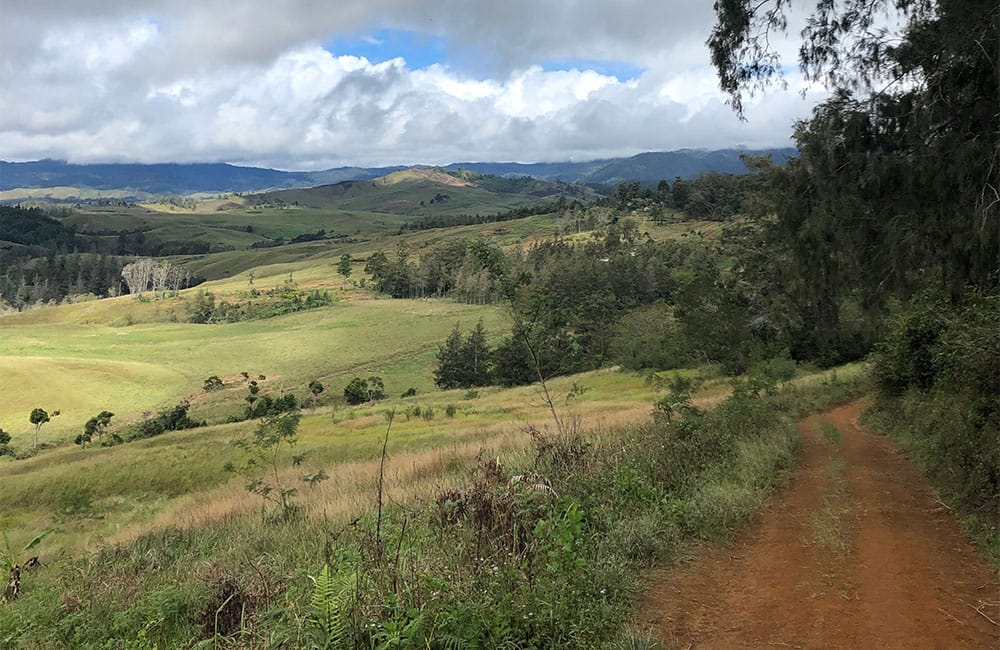 The name ‘Baroida’ comes from the Baroida spirit, believed by locals to reside in a large river rock sitting in one of the main rivers flowing through the estate.

This particular rock has stubbornly remained in the middle of the river for as long as anybody can remember, refusing to budge through the most severe floods, even when other rocks have been washed away.

The Baroida plantation sits at the apex of the Lamari river valley and Mount Jabarra range.

The plantation itself sits at about 1,691 meters above sea level amongst thousands of hectares of cleared land with former colonial coffee estates surrounding them (now run by native landowners) and flanked by mountains filled with smallholder coffee producers who cultivate close to a million trees. 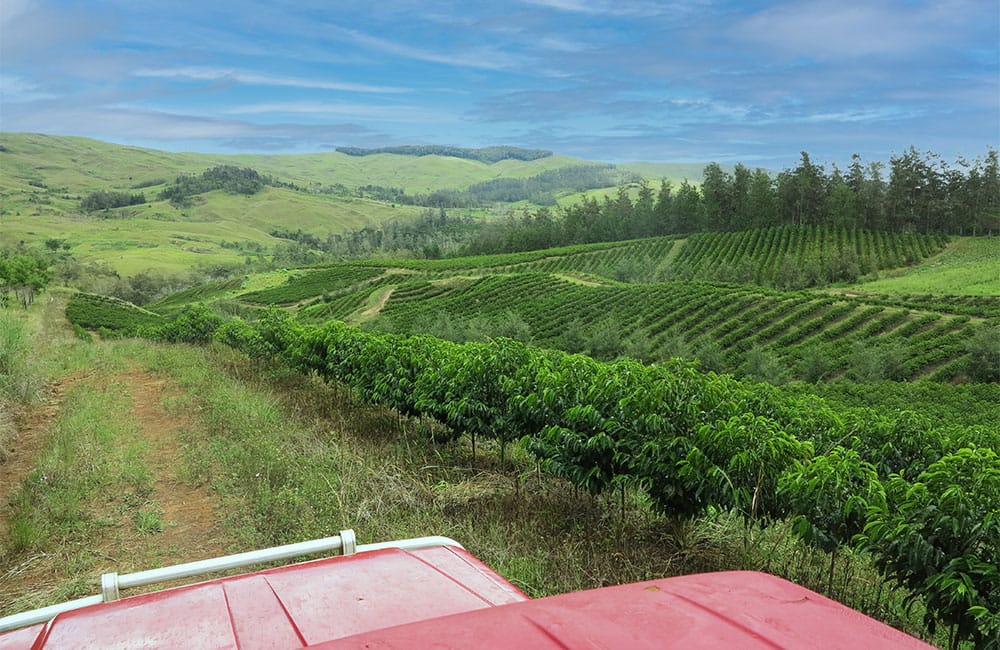 One of the biggest challenges that the Colbrans faced when they first started out was the issue of soil water- logging.

The system widely used for planting coffee seedlings in Papua New Guinea was adapted from Kenya.

When planting a new seedling, you dig a hole approximately one meter wide by one meter deep, fill it with top soil and then plant the seedling in it. 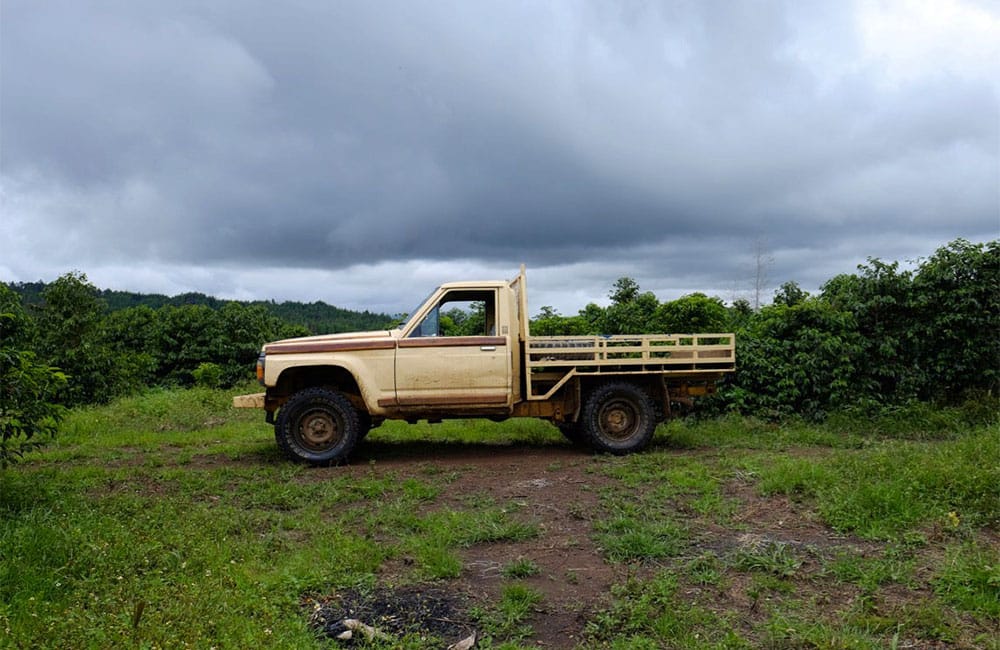 This method was completely unsuitable for the wet highlands of PNG, where the average annual rainfall is 90 inches (as opposed to Kenya’s <60 inches).

This issue was solved by digging drainage ditches in between each row of coffee. After a short time Ben became very good at ‘reading’ the coffee to see what it needed (i.e. certain fertilizers or whether the coffee was diseased). 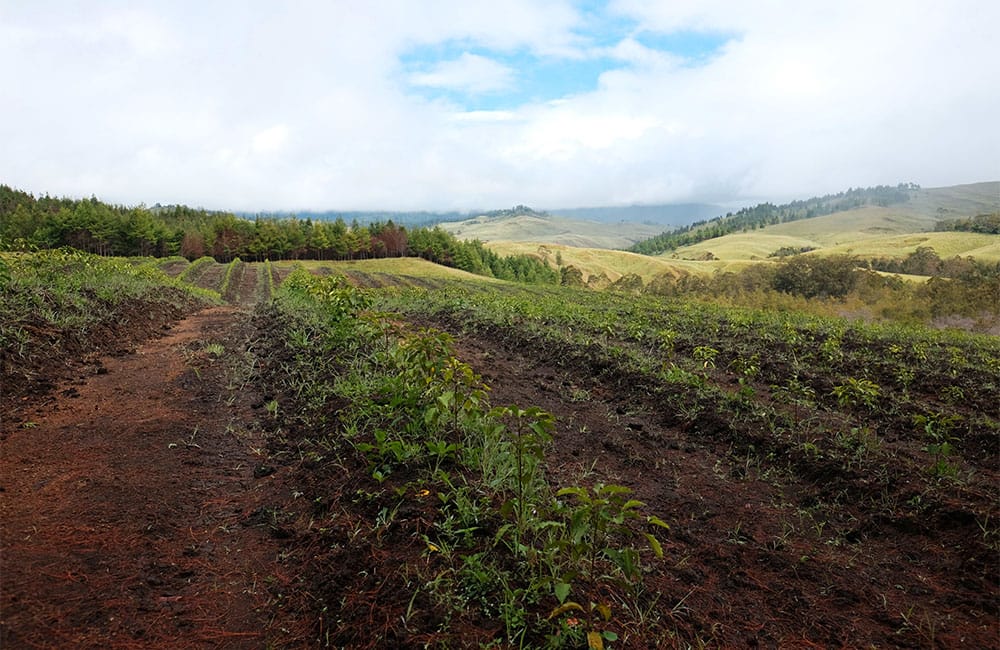 This knowledge grew over time with experience and these solutions were passed on to Nicol, who still implements them today.

Some minor adjustments have been made over the years as Colbran Coffeelands has grown in size and output.

More shade trees have been planted in order to reduce requirements for fertilizer as well as keep weeds under control. 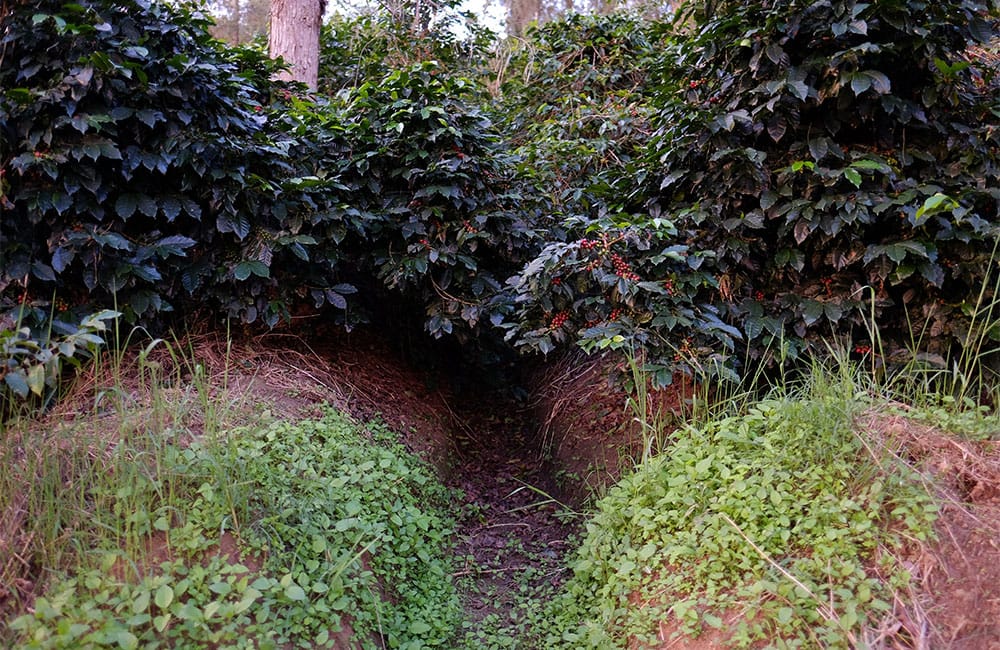 Therefore, Colbran Coffeelands has established renovation and planting programs in order to be able to meet future demand.

Nonetheless, according to Nicol, the high quality of coffee from Colbran Coffeelands is, in part, due to ‘old fashioned’ systems that have been in place since the late 60’s. 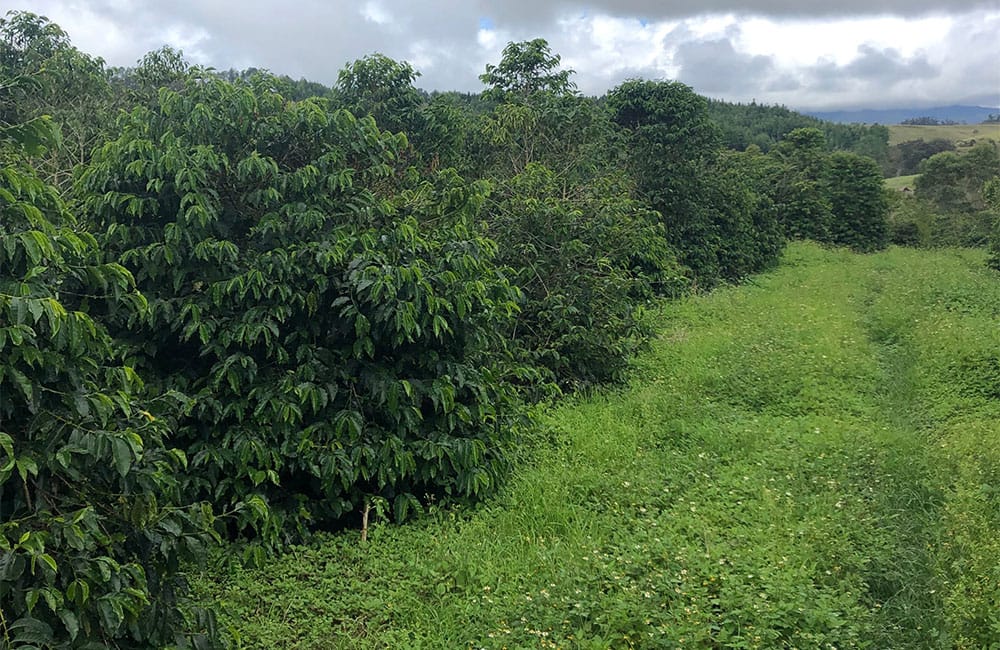 After careful sorting, cherry is pulped on disk pulpers.

Then, it dry-ferments in vats for approximately 36 hours. 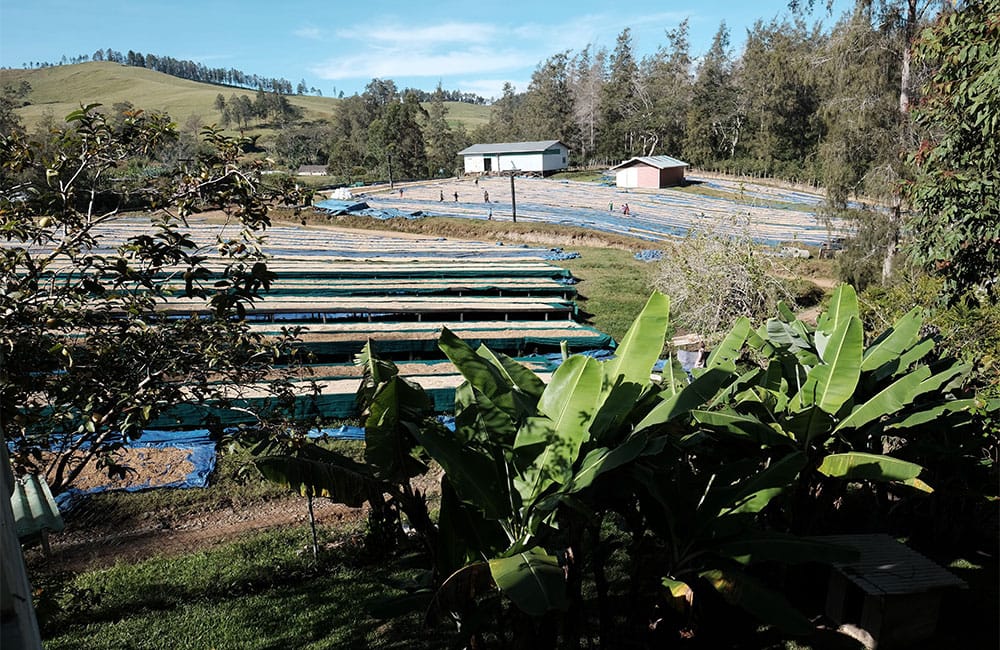 Water is pumped into the vats in a circular motion to naturally agitate the coffee and remove any remaining mucilage.

Coffee is then sundried on tarps, where it is turned regularly to ensure even drying. 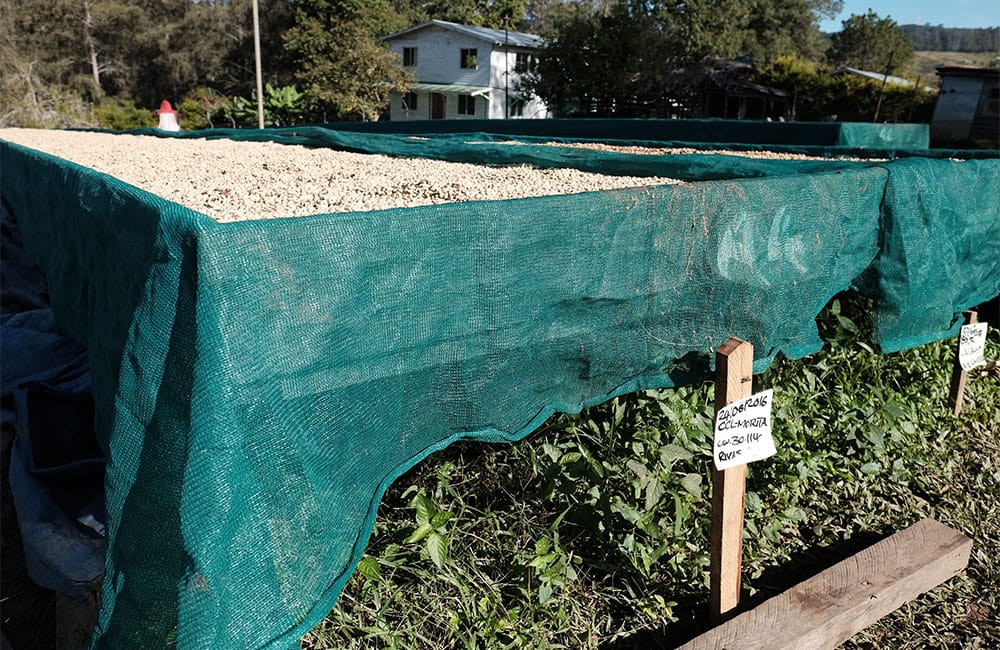 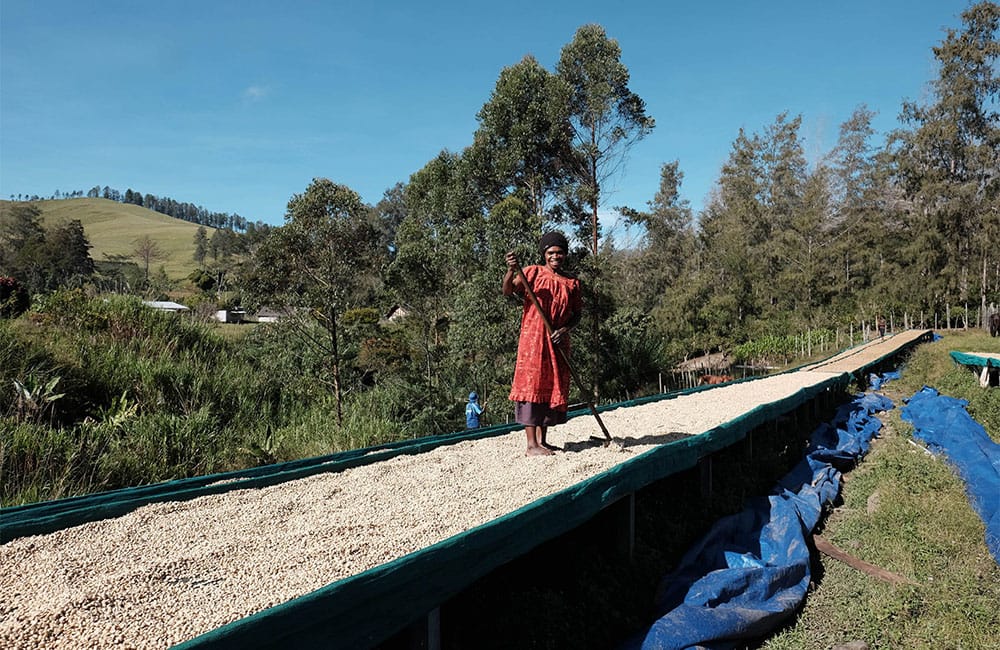 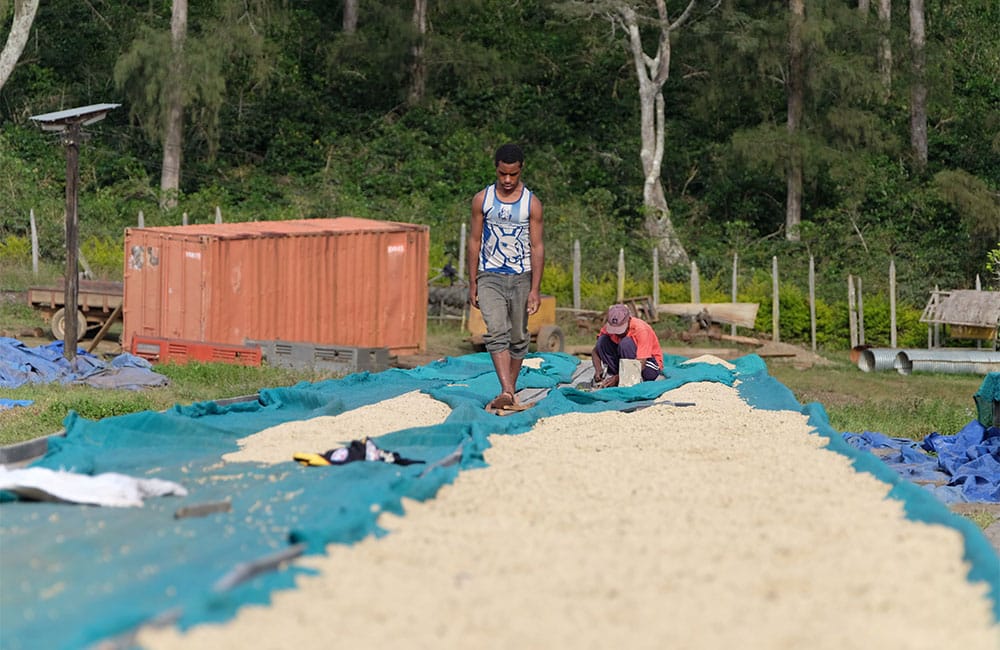 PNG’s unique grading system includes X and AX bean sizes. AX indicates that the lot has beans that are screen sizes 14 to 17. This means that beans in an AX lot are between 5.5 and 6.75 millimeters in size. 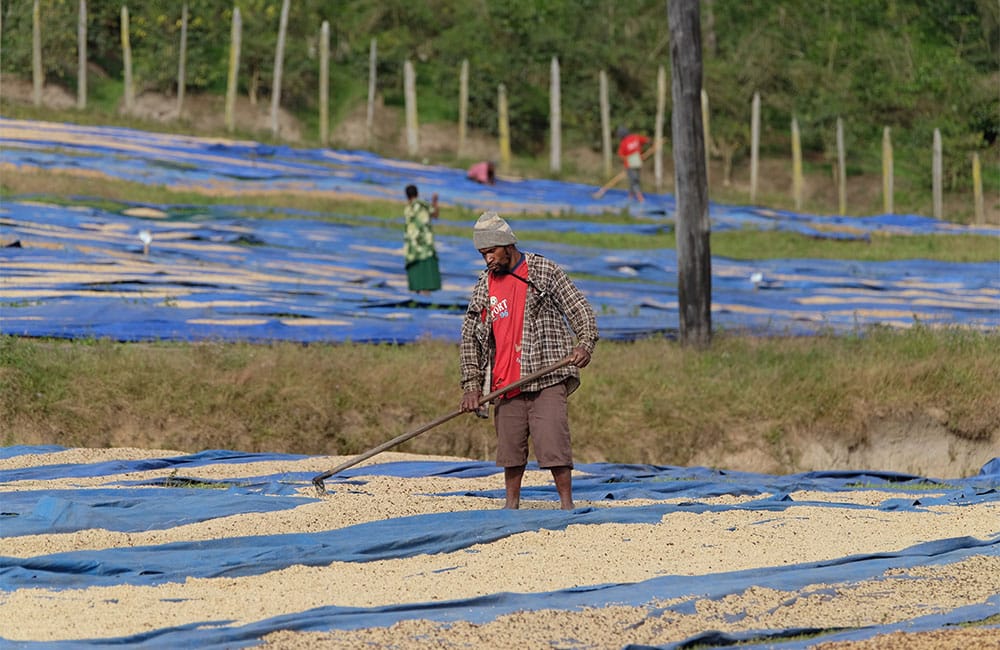 Colbran moved from New Zealand to PNG in 1963 with his wife, Norma, and their three children, Jill, Sandra and Nicol.

Colbran purchased a farm of around 600 acres (242 hectares) and due to the cost of the transaction needed to begin making money as soon as possible!

He started with vegetables, such as broccoli and cabbage, and fruit, such as strawberries.

These crops flourished in the highlands and were much sought after in the port city’s markets.

With the money he earned, he would buy goods such as sugar, tea and flour that were hard to get in the highlands.

In this way, he slowly saved enough money to set up a sawmill, which he saw as a better means of generating funds for his new coffee farm – which had been the dream all along! 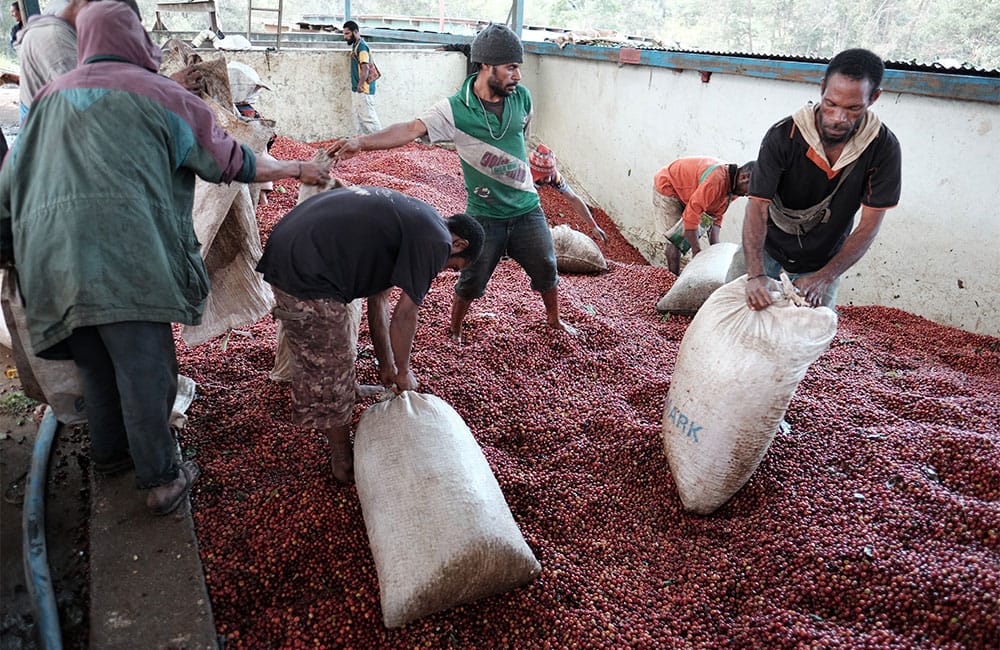 From that time forward, Ben ran Colbran Coffeelands as one of the most notable coffee estates in all of PNG.

His son, Nicol, who had lived in the country virtually his whole life, had helped him from a very early age.

When Ben Colbran sold the farm in 1979 and moved to Australia, Nicol stayed and worked in the farm’s management under the new owners.

Nicol has lived on the Colbran Coffeelands estate since age 6, when his family moved to Papua New Guinea. 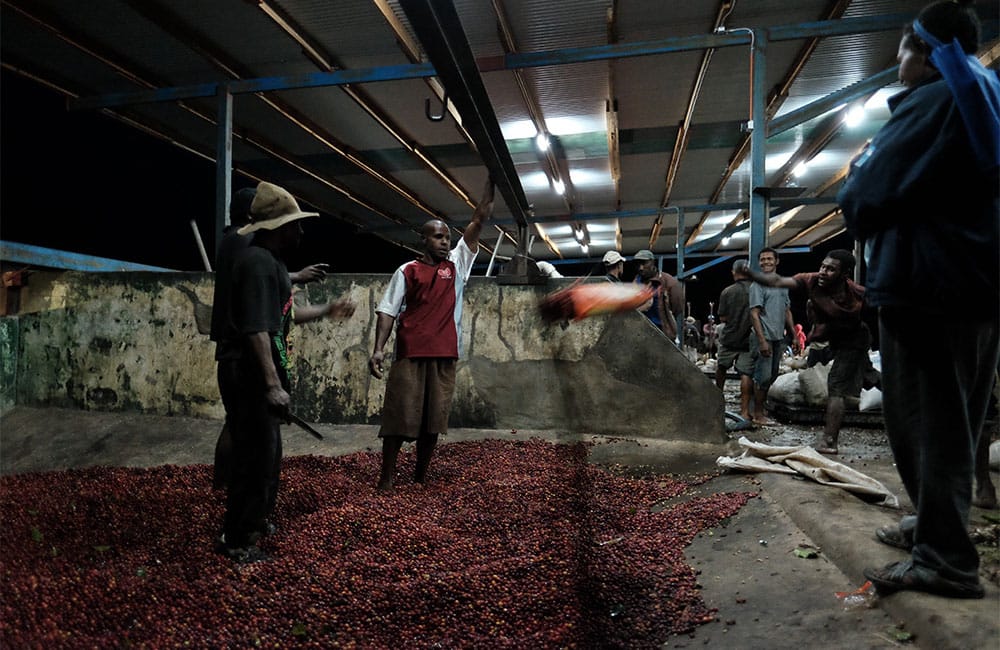 In 1997, he bought the farm back and has been the Owner and Director of the farm ever since.

Today the farm composes around 220 hectares of mature coffee trees alongside some sections of newer plantings.