Chelichele is a classic sweet and floral profile 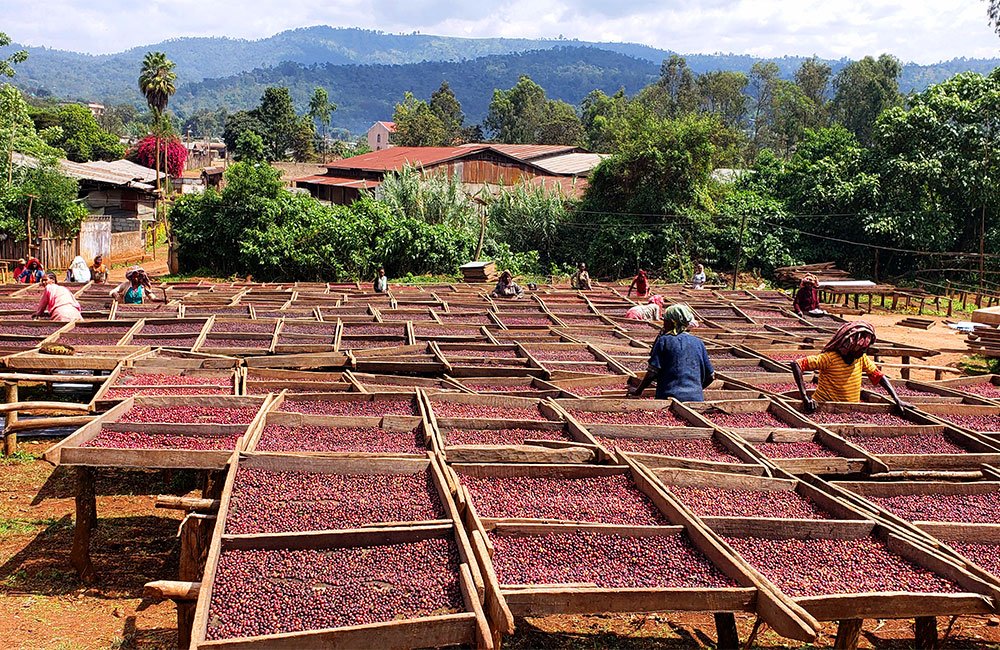 A coffee with no boundaries. We already know that coffee transcends national and international boundaries and Worka Chelichele washing station demonstrates just that.

This washed from Worka Chelichele station is bursting with the delicate florals, jammy berries and peach we all know and love from Yirgacheffe.

This method is common among smallholders because it maximizes land use and provides food for their families. 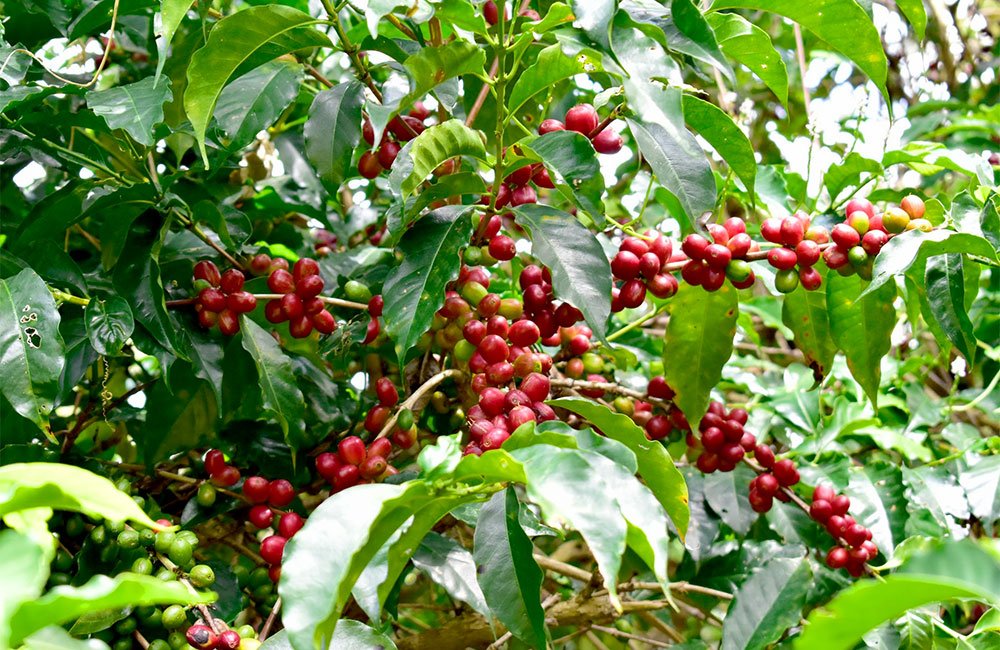 In addition to remaining traditionally intercropped, most farms are also organic-by-default.

Farmers in Yirgacheffe typically use very few—if any—fertilizers or pesticides. Most farm work is done manually by the immediate family.

Training focuses on procedures for harvesting and transporting cherry.

At the station, employees hand sort incoming cherry to remove any under – or over – ripes or damaged cherry.

Cherry is then pulped and fermented for 36 to 48 hours in the station’s 12 standardized fermenting tanks.

After fermentation, parchment is washed in clean water and transferred to some of the station’s 360 raised drying beds where they will dry for approximately 18 days until they reach 11.5% moisture content.

They mark all drying beds with a code that makes it simple to keep track of traceability and processing status.

Gedeb, a district named for its largest town, in the Gedeo Zone is largely agrarian.

According to a 2007 census, about 11% of the population lived in urban areas.

The rest of the population lives in rural areas and are predominately subsistence farmers.

Families typically farm small plots of land near their homes and intersperse food crops with coffee and other cash crops.

The majority of coffees grown in Gedeb are local landrace varieties (which are often also called Ethiopian Heirloom).

Other varieties grown in the region were developed by the Jimma Agricultural Research Centre (JARC).

JARC is an important research center for Ethiopia and has done a great deal of work on developing disease resistant and high yielding varieties that still demonstrate quality in the cup.

Most farmers in the region farm on fewer than 5 hectares (many counting their coffee farms in terms of trees rather than area).

Cultivation methods are traditional for the most part, with coffee being grown as part of an integrated ‘coffee garden’ intercropped with other food crops. 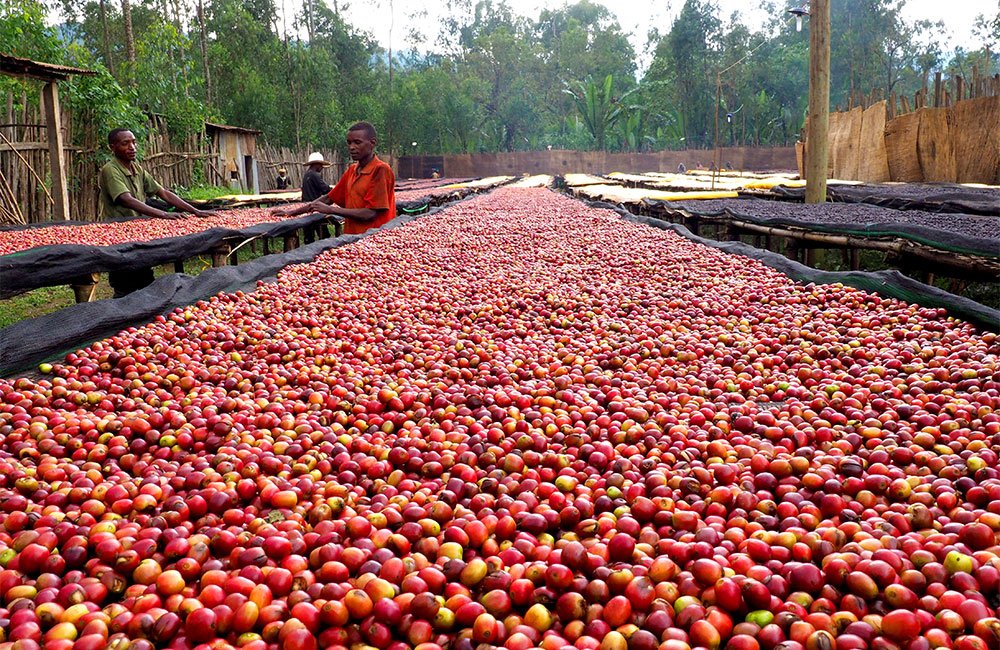 While Ethiopia is famous as coffee’s birthplace, today it remains a specialty coffee industry darling for its incredible variety of flavors.

While full traceability has been difficult in recent history, new regulations have made direct purchasing possible.

The exceptional quality of Ethiopian coffee is due to a combination of factors. 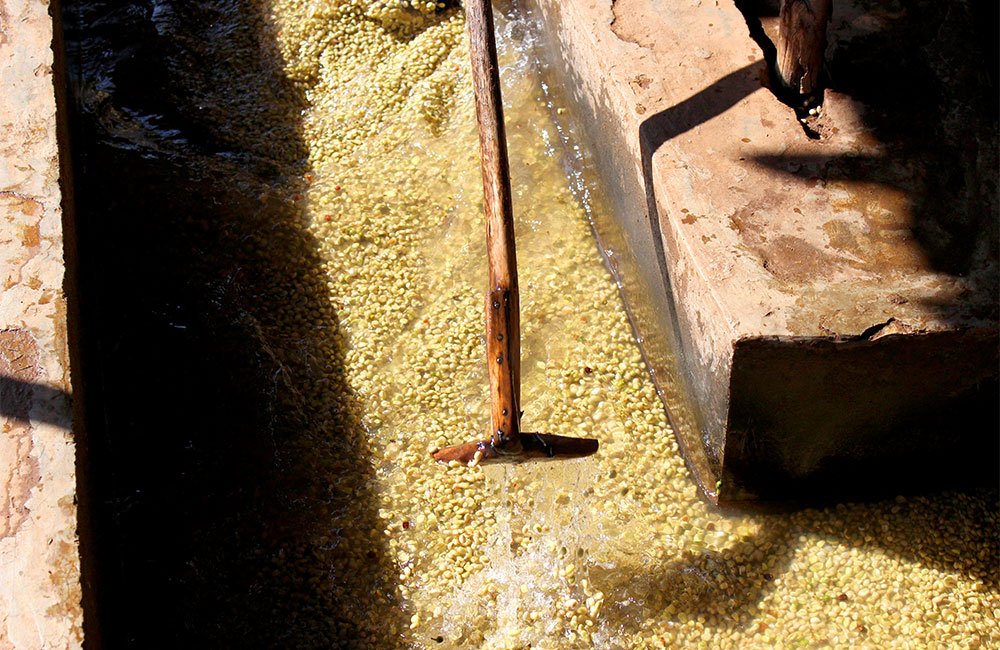 The genetic diversity of coffee varieties means that we find a diversity of flavor, even between (or within) farms with similar growing conditions and processing.

The final key ingredients for excellent coffee in Ethiopia are the producing traditions that have created the genetic diversity, processing infrastructure and great coffee we enjoy today. 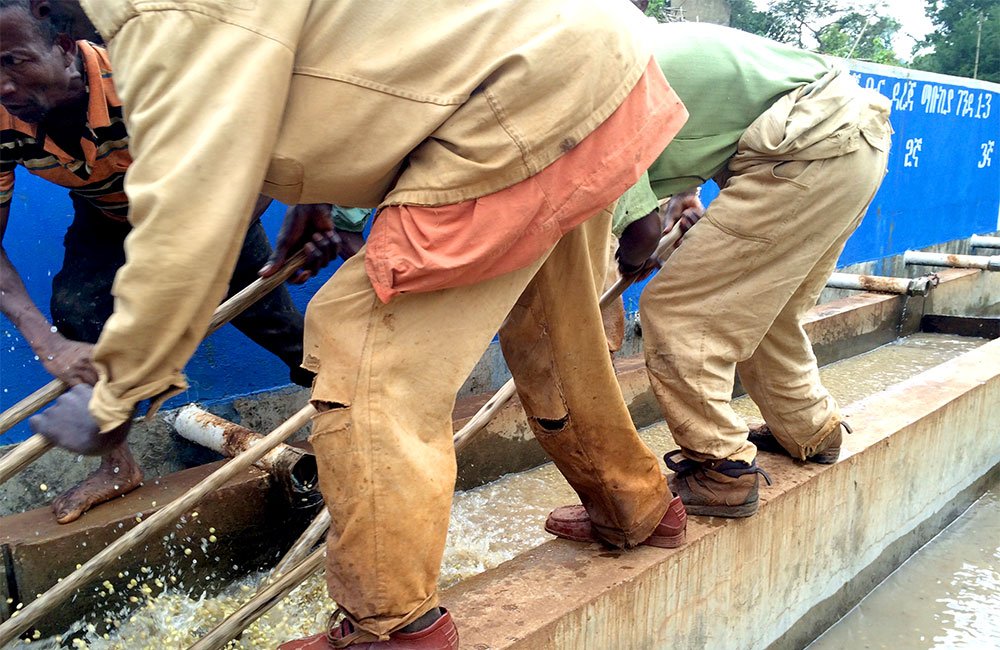 Most producers in Ethiopia are smallholders, and the majority continue to cultivate coffee using traditional methods.

As a result, most coffee is grown with no chemical fertilizer or pesticide use. Coffee is almost entirely cultivated, harvested and dried using manual systems. 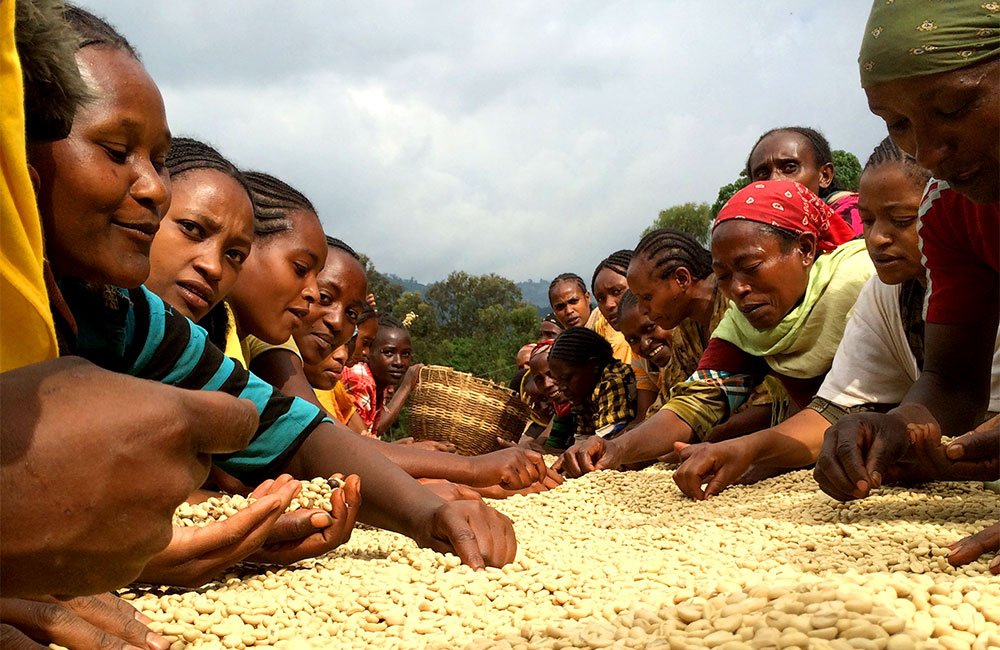