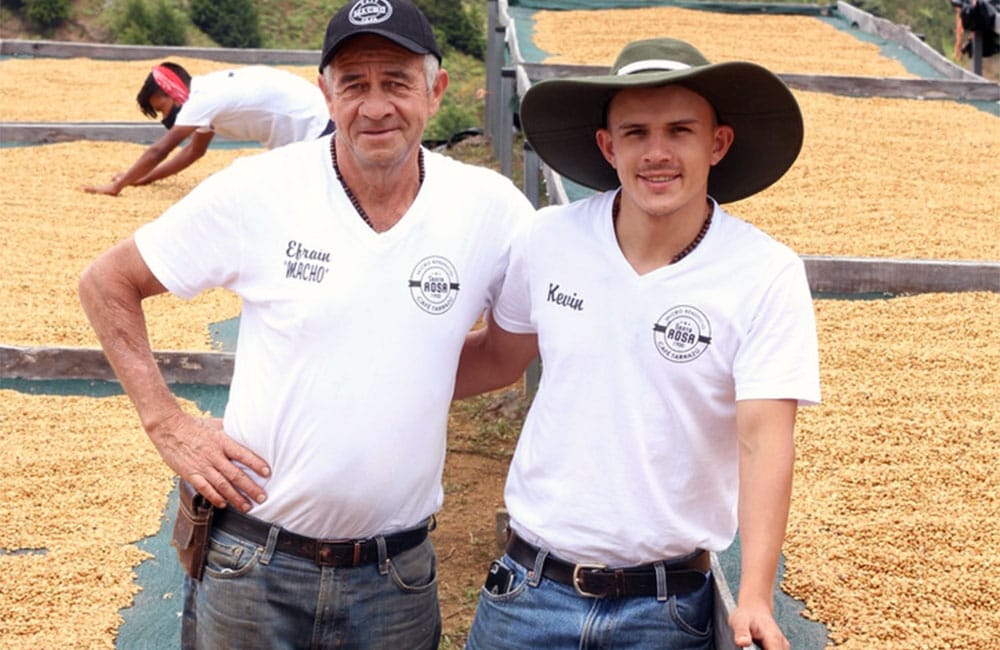 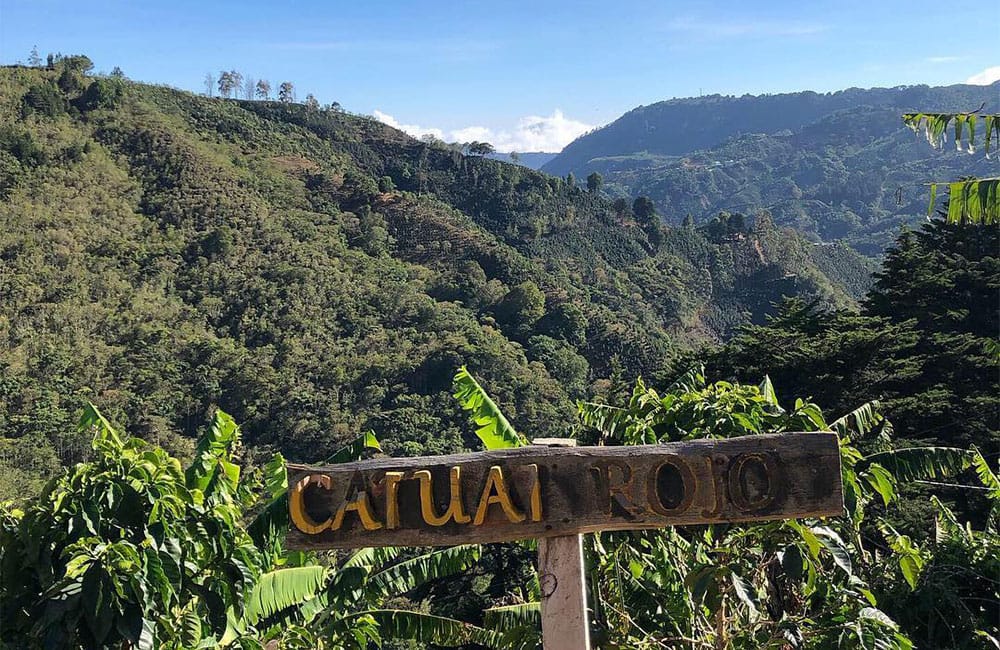 Santa Rosa 1900 is the name of the processing plant founded by Efraín Naranjo and his family.

It owes its name to their hometown, where it is located, in Santa Rosa, Costa Rica. ‘1900’ refers to the altitude of the processing plant, which is between 1900 and 2000 meters above sea level, one of the highest in the country.

Santa Rosa 1900 is in the mountainous region of Tarrazú which is famous for the quality of its coffees.

Efraín Naranjo and his family 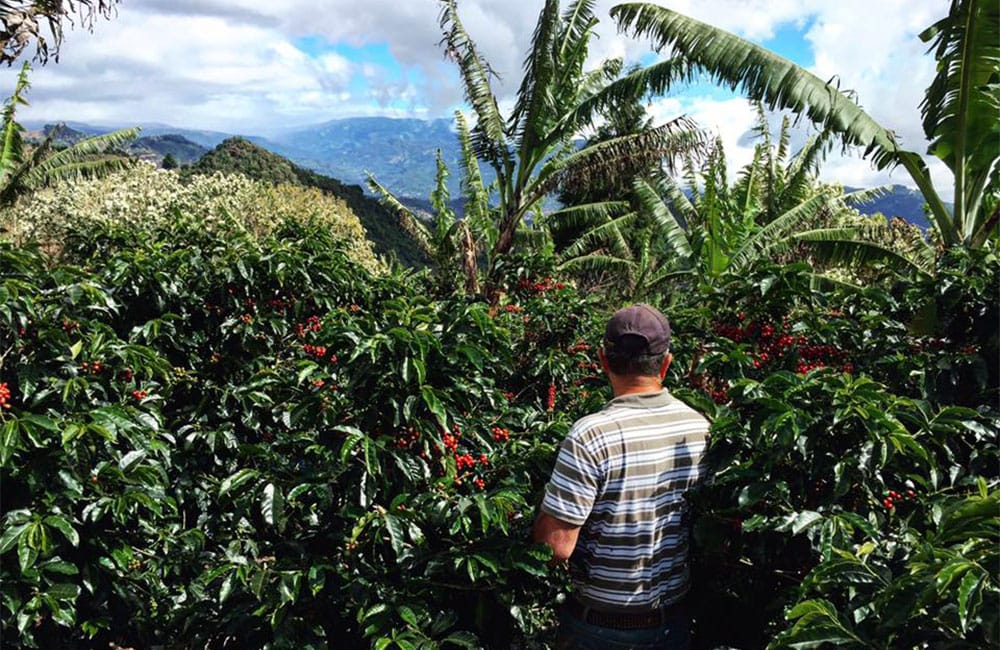 Efraín comes from a family of coffee growers. He started growing coffee very early in the family’s plantations.

At just fourteen years old, Efraín received one hectare from his parents to start his own coffee growing business and continue the family tradition.

Poor economic conditions made Efraín have to sell his farm and emigrate to the United States to work.

He spent ten years in the United States until he raised enough money to go back to Costa Rica and buy a new farm. 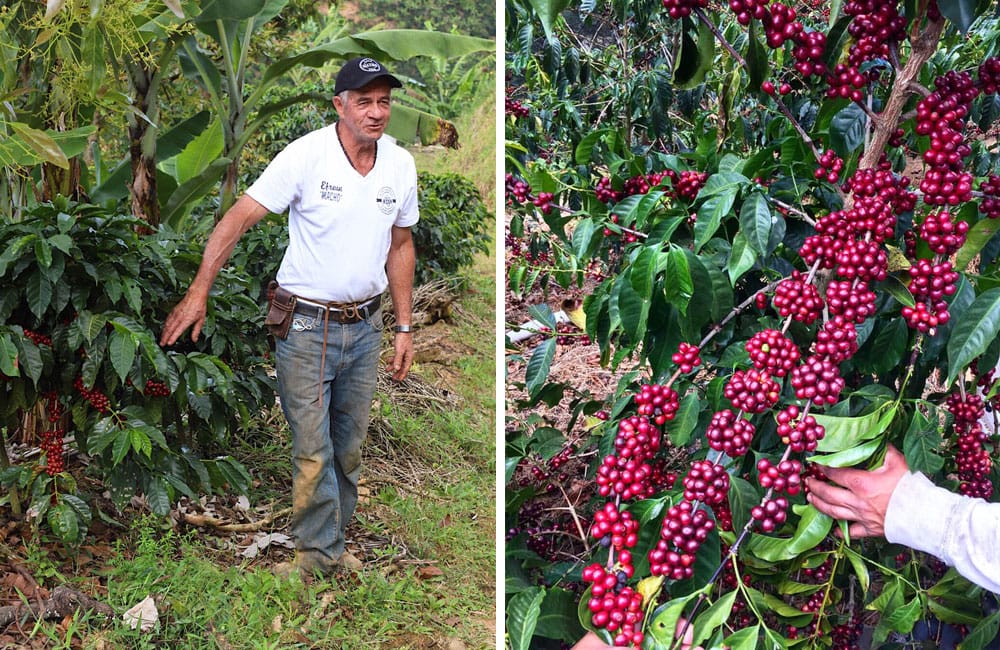 Efraín bought a piece of land that nobody wanted because of its altitude and the difficulty for cultivating it.

But thanks to his vision, knowledge of coffee and the support of his family, he has managed to grow some of the best coffees in Costa Rica on his farm called “El Macho” and earn a well-deserved fame for it.

Efraín, along with his son Herbert and the rest of his family have been growing coffee for years, but only started processing it themselves when they built their mill in 2010.

Now, by managing their processing plant, the Naranjo are able to batch process their own coffee and control the quality.

In addition, the Santa Rosa 1900 micro mill buys coffee from the surrounding small farms and processes them according to the highest standards, thus contributing to improving the local economy and the living conditions of its people. 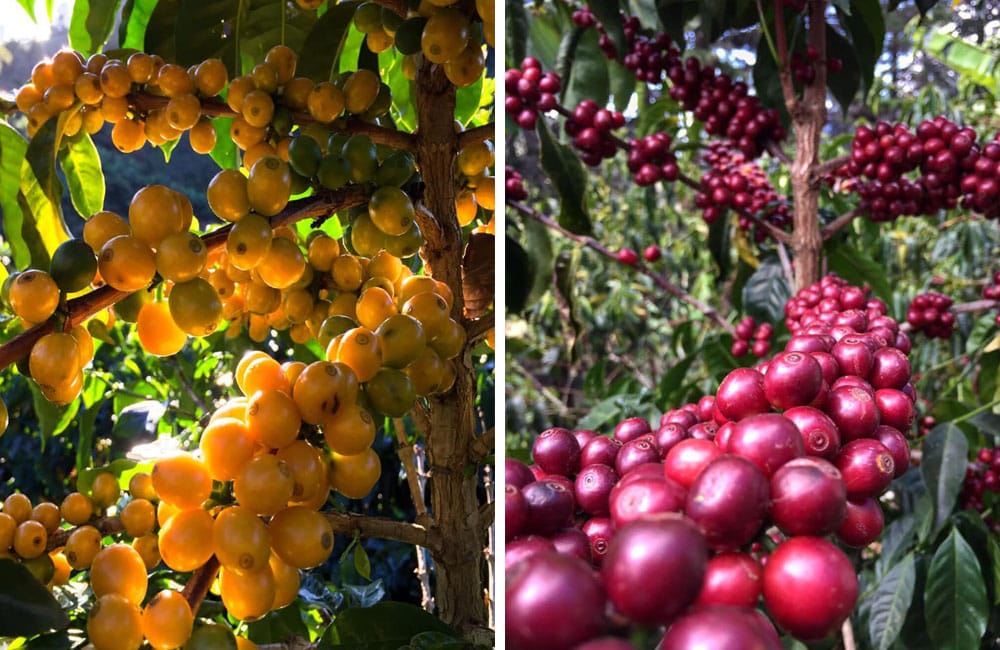 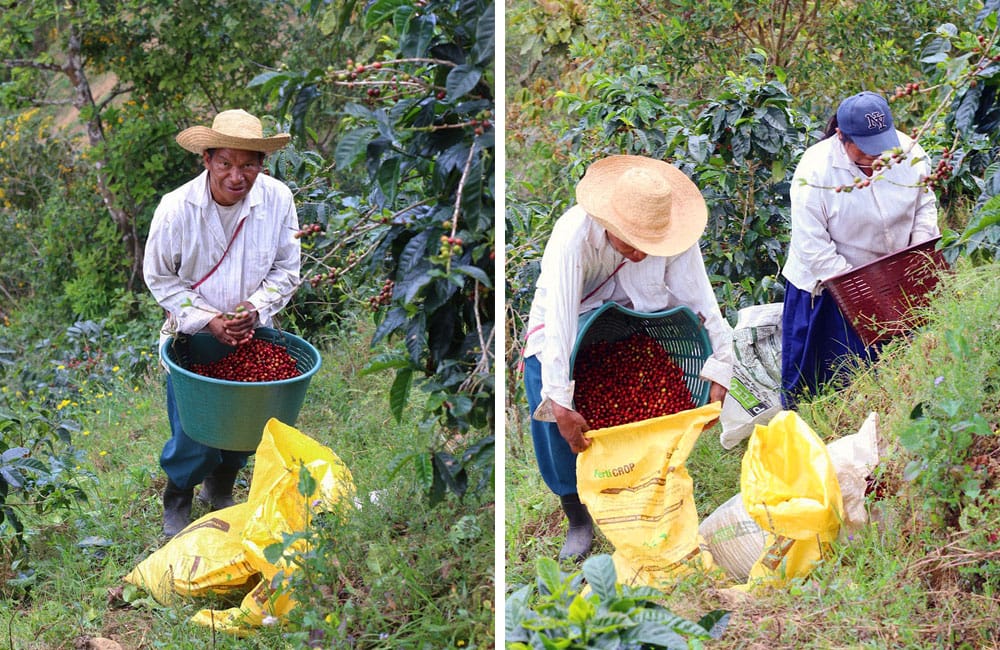 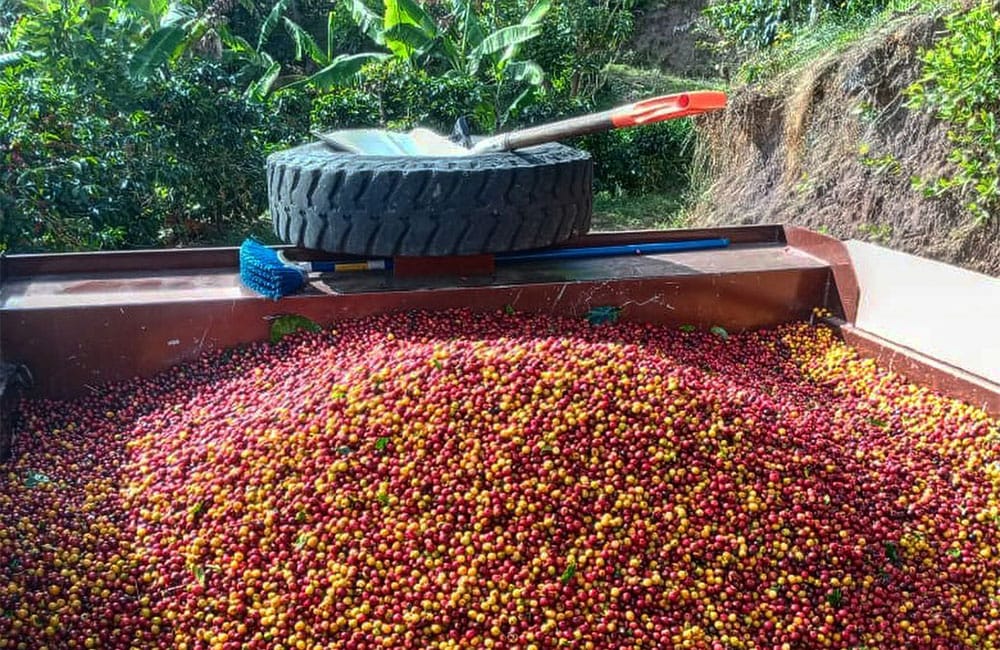 Coffee fermentation is a process that begins as soon as the cherries have been picked from the plants.

It is a natural process by contact of oxygen with organic matter.

In coffees that are not fermented, fermentation is stopped or slowed down by pulping and washing the cherries. 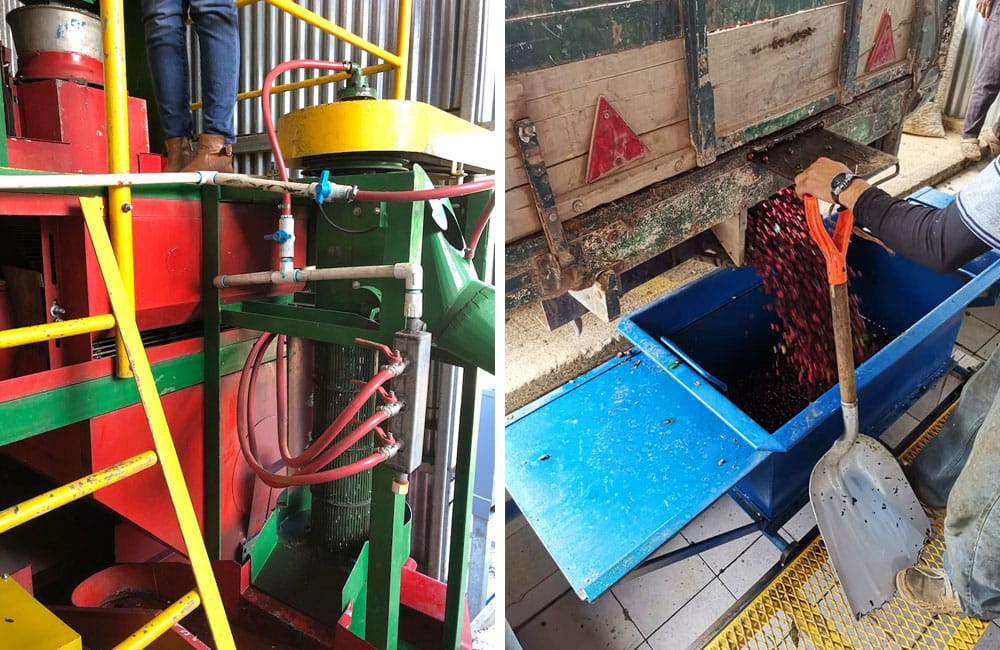 In fermented coffees, the fermentation is controlled to obtain a specific cup profile.

In the case of this Santa Rosa 1900 reposado, once the cherries have been picked at their optimum point of ripeness, those with a higher sugar content are selected. 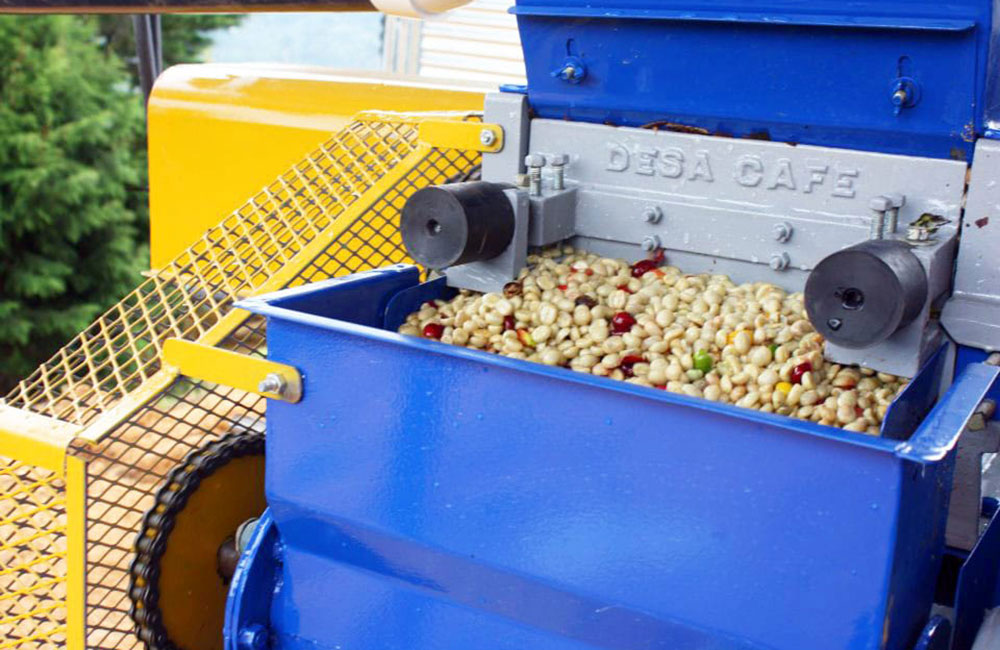 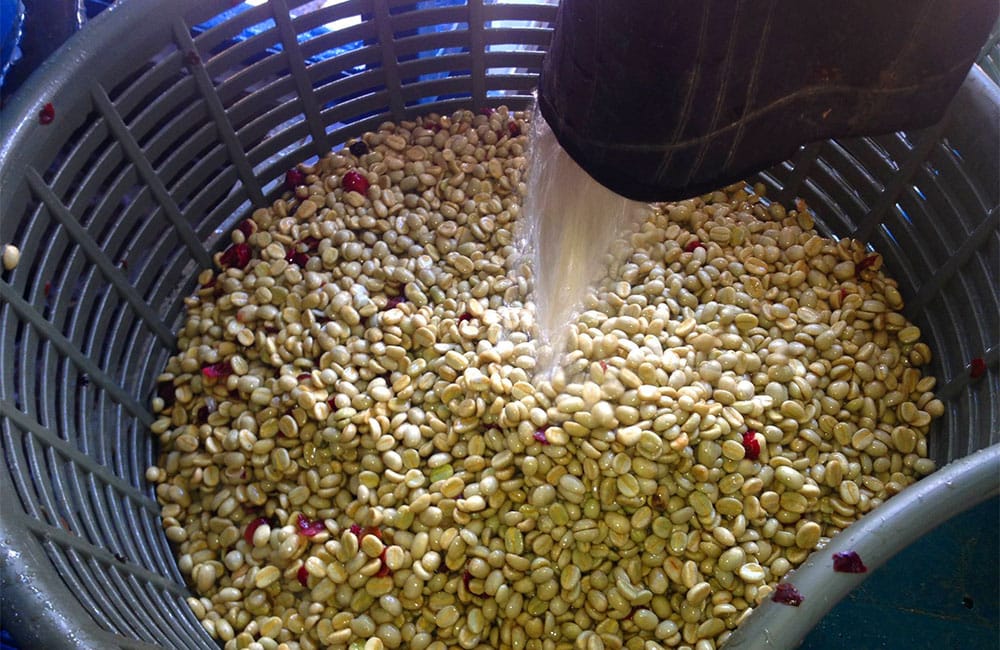 After these 24 hours of fermentation, the coffee is pulped and rigorously washed to remove any remaining mucilage. This causes the fermentation to stop. 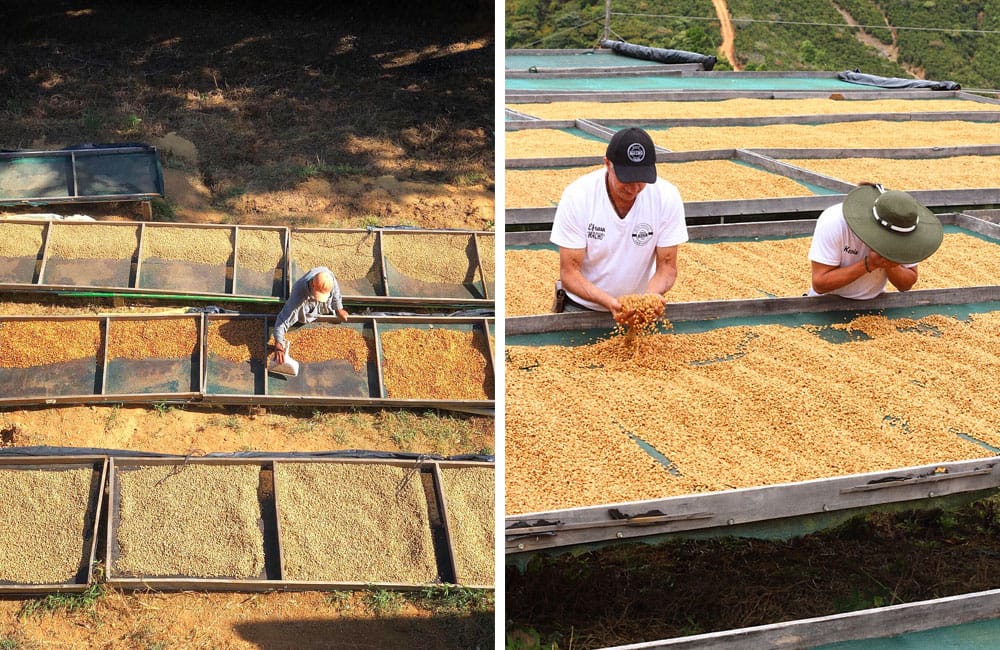 The cherries are then left to dry for about two weeks, during which they are turned regularly to achieve uniform drying.

The result is a cup profile that highlights complex, fruity notes with bright acidity, unusual for coffees that have been processed by a washed method. 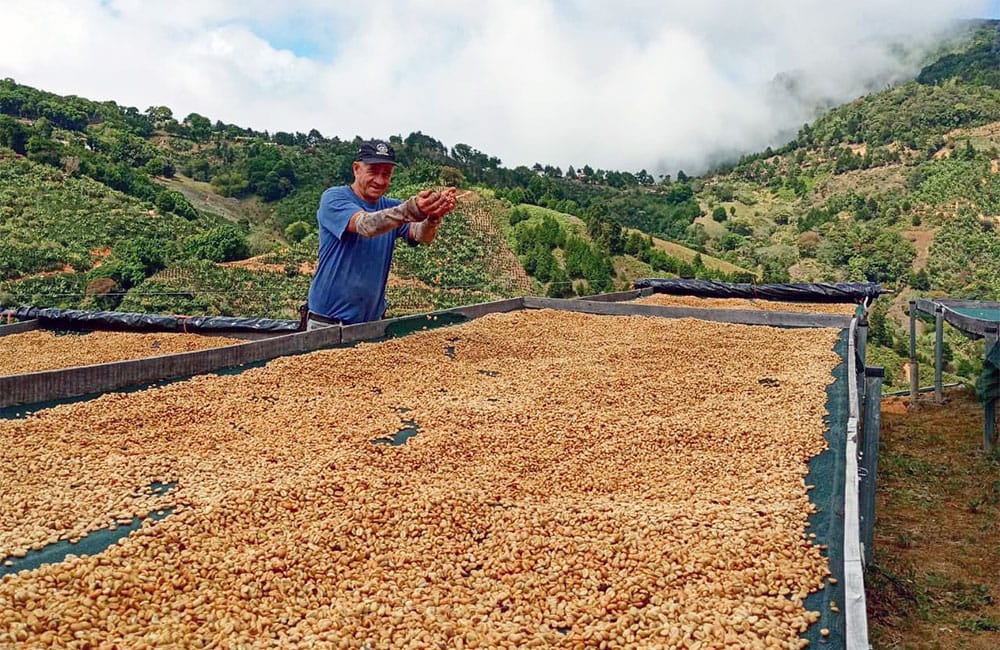 Efraín and his family are an example of how a high-quality product can be grown in a sustainable way that also benefits the environment.

They have been able to adapt the cultivation of coffee to this area and use the natural elements to their advantage without harming or altering them and becoming part of the ecosystem.

In addition, they are also an example of how you can get ahead in a business as competitive as coffee, through knowledge and know-how, and in this way benefit the local economy.